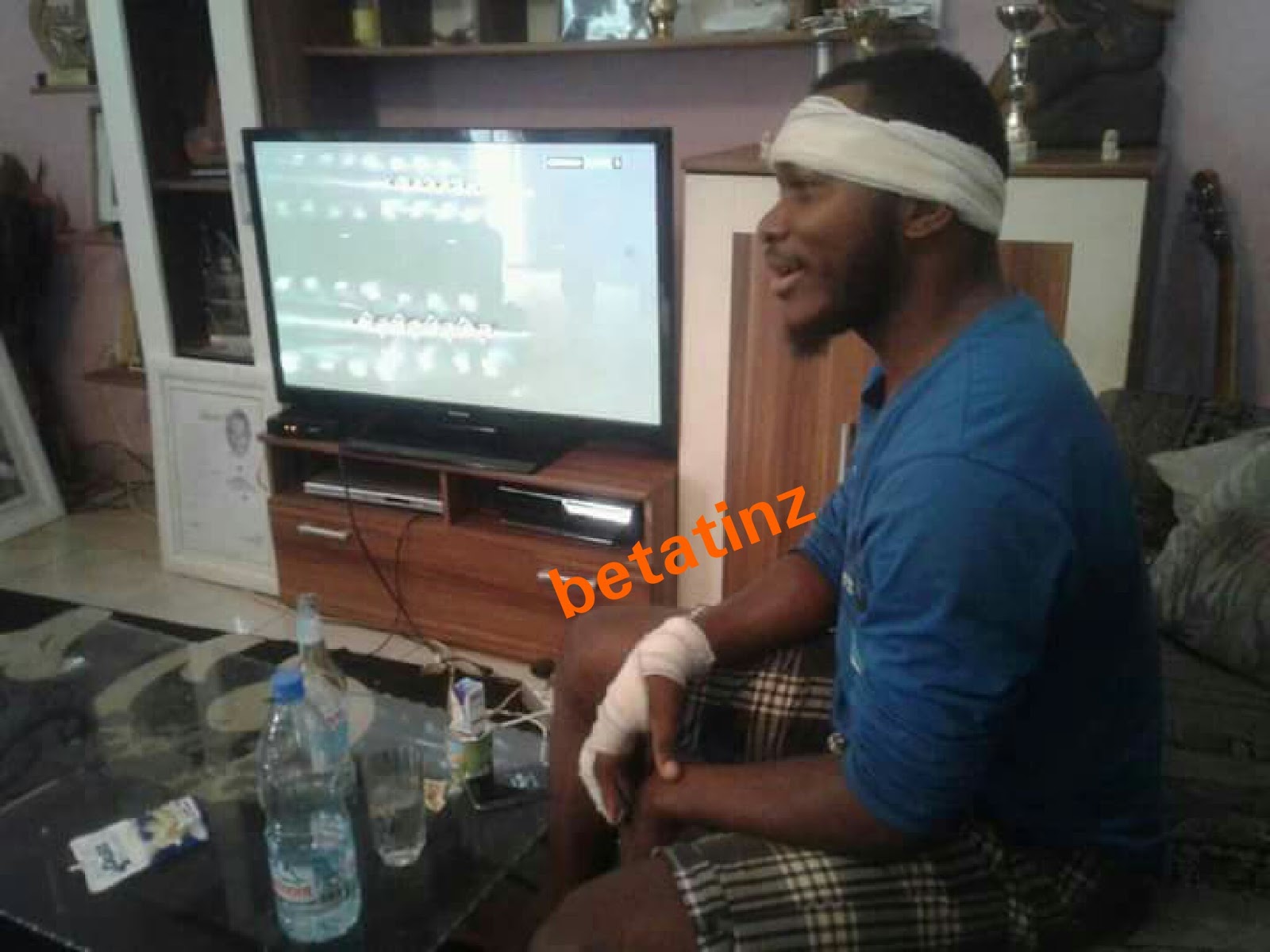 He was in his car which was being driven by his driver, in Yaoundé, and there was heavy traffic on the road.

His driver suddenly picked up a quarrel with the taximan who was driving a taxi opposite them. The quarrel got heated and Dynastie decided to step down from his car to go and talk to the taximan so that there could be peace.

Dynastie explained that he was settling a quarrel. The man beheld Dynastie’s face, recognised him and said he should not think because he is famous he has the right to block the road.

Dynastie tried to explain that that was not the case. Before the words could escape from his mouth he received punches.

He tried to stop the man from hititing him but he even slapped him more.

The taximan who was involved in the quarrel with his driver, entered his taxi and left as he saw that things were heating up. As Dynastie and his driver tried to enter their car to leave, the man used a car part and hit his head.

That was how he passed out. He regained consciousness when he was being dragged on the floor. The man kept saying he was a corporal of the army though he was not putting on a uniform.

When Dynastie got a hold of himself, he called the police who came to the scene. The man refused to introduce himself to the police because he claimed he was more superior in rank.

Dynastie finally called a Colonel friend of he’s. When he came that was when the man finally introduced himself as a corporal of the army. The matter is currently in the hands of the law.

Meanwhile Dynastie is receiving treatment for fractures on his skull and one of his fingers.

Dynastie also expressed disappointment over the fact that he has not received any form of support from his colleagues since the incident happened. He mentioned that only Bikutsi artiste; Majoie Ayi, and two unpopular up coming artistes have paid him visits and checked on him. No other artist has bothered.

Ambazonia Government claims it was the Military that broke the road in Akum-Bamenda!