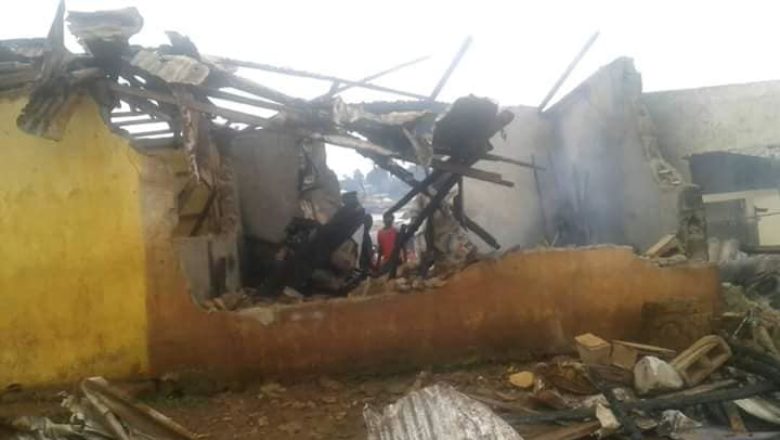 At least two shops at the Nkambe Central market, Donga Mantung Division of the North West Region were reduced to ashes last night.

Sources say locals responded swiftly to put off the fire which resulted from an electrical circuit in one of the shops, to prevent it from spreading to other shops in the market.

The Fon of Nkambe has dismissed initial reports claiming the fire incident was arson and has called for the local population to remain calm.

This is the second fire incident recorded in Nkambe in the last six months after part of the St. Rita’s Catholic school went up in flames last academic year.