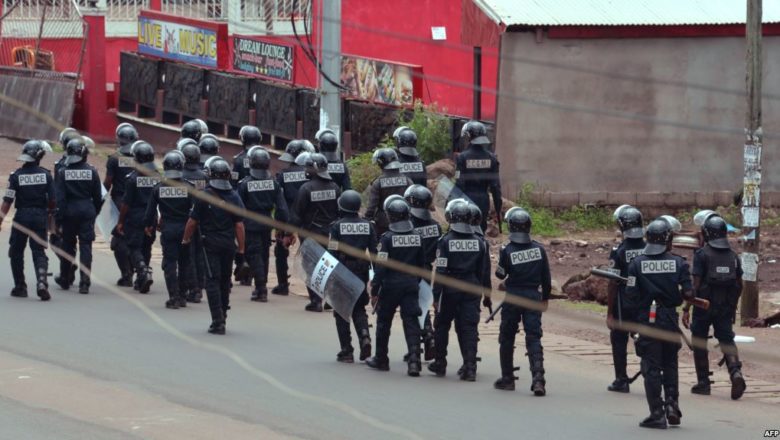 A police Inspector and two other suspected armed robbers are under custody for alleged burglary at a home in the Makepe neighbourhood in Douala.

The gang is said to have carried out their operation on Saturday night where they allegedly made away with money and valuable items.

Journal du Cameroun reports that the police inspector, Nga Bongo Symphorien, supplied the gang with arms and directives on the operation and were only apprehended after security forces carried out a night patrol following a tip off.

Investigations led to a hotel where the gang had kept all the stolen items including weapons and amunition which they used to carry out their operation.

The gang are still in detention as investigations continue to track down other suspected members.