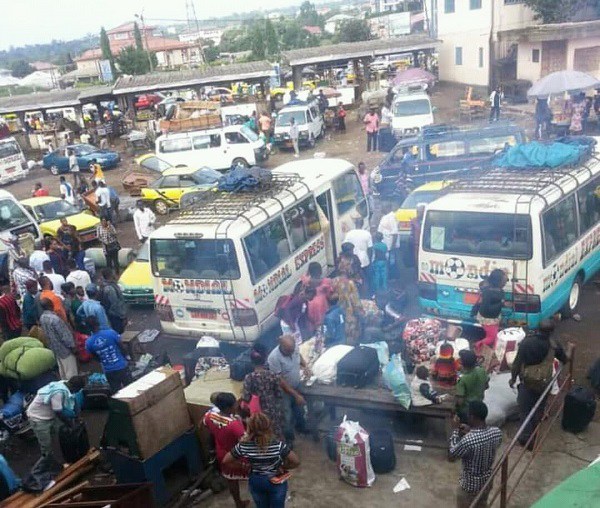 Hundreds of people are fleeing the troubled South West and North West regions of Cameroon as election nears and with the approach of October 1.

Buea, capital city of the South West Region is losing its population to neighbouring cities across the country, following separatists scare three weeks away from October 1.

October 1 remains a controversial day across Anglophone Cameroon as separatists have always used it to propagate their quest for self-independence.

Viral online messages and mobile text messages have been circulating across Anglophone Cameroon. The anonymous messages threaten the people to either support the “struggle” or to stock food ahead of October 1 and the upcoming presidential election.

On October 1st, 2017, scores of protesters were reportedly killed as thousands took to the streets in celebration of what separatists termed was Independence Day.

Many families across the two regions are still living the scars of last October 1st and some are becoming nostalgic as the day approaches. The mere mention of the day October 1 leaves many persons disturbed for fear of the unknown.