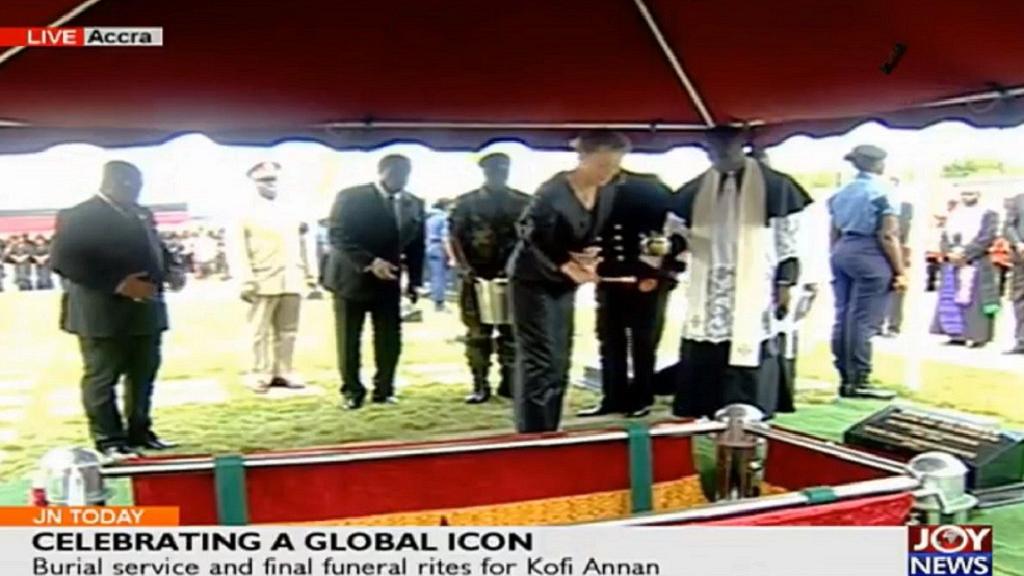 Former UN Secretary General Kofi Atta Annan has been laid to rest today (September 13) at a military cemetery in his native Ghana, after a state funeral that was highly attended by people from all works of life including world.

Annan, a Ghanaian national and Noble peace prize laureate, died in a Swiss hospital last month at the age of 80. He was surrounded in his last days by his second wife Nane and children Ama, Kojo and Nina.

The family of Kofi Annan have shared emotional and powerful tributes, describing him as a ‘special father’ and an ‘extraordinary human being’.

Among the global leaders who arrived in the Ghana capital, Accra, for the memorial ceremony and subsequent burial at a military cemetery were:

Ex-presidents of Germany and Mauritius

Royalty included Princess Beatrix, the former queen of the Netherlands, and her daughter-in-law Princess Mabel, who were close friends.

Highlights of the burial which took place at a military cemetery located in Burma Camp included a series of prayers from the clergy.

After his casket was lowered into the ground, his wife and the president of Ghana cast the first pieces of earth. A full military firing of gunshots followed after which a wreath laying ceremony followed in this order;

President Akufo-Addo on behalf of the Government of Ghana

Antonio Guterres on behalf of the United Nations

Ambassador Kobina Annan on behalf of the family