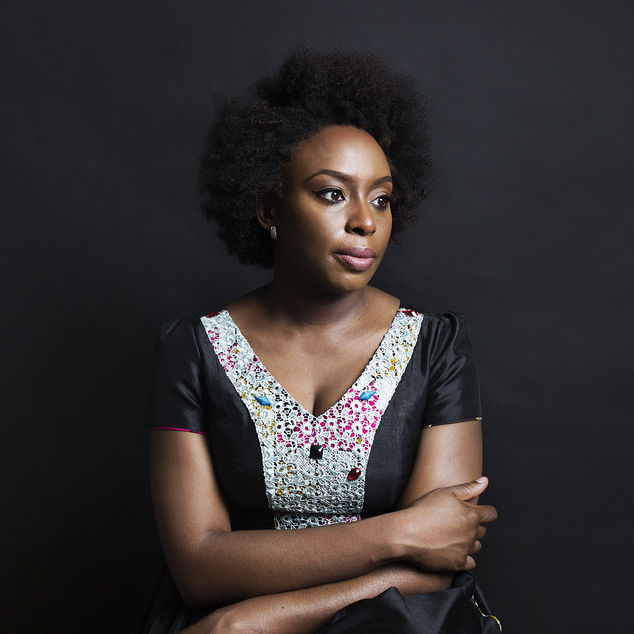 When our friend Theo first met his Chinese wife, Libby, in Shandong Province, her parents, protective of their only daughter and wary of Africans, finally gave their blessing with the words, “at least he’s not a bad looking black.” Theo tells this story with wry amusement, as though he would parse it more if he were not already so burdened. He is a pleasant and gentle man, respectful, trustworthy, the kind of man who in West Africa would be said to have had “good home training.” But for the past year, a dark sighing heaviness has blanketed him.

He is an Anglophone Cameroonian, and his home is in peril. News reports, sparse as they are, refer to what is going on in the western region of Cameroon as the “Anglophone crisis,” and it gives a somewhat benign linguistic tint to what is in fact a blistering devastation. Hundreds have died. Villages emptied, homes and shops reduced to blackened debris.

The carnage is not so much about language as it is about yet another African nation’s fatal disregard of its minority population. It is also about the muddled sludge of Europe’s colonial legacy.

Cameroon was a German colony until the First World War, when British and French forces captured and divided it. The French took the much larger slice, and the British a small sliver that bordered their colony in Nigeria. (Some Nigerians moved there; my Nigerian mother was born in 1942 to parents who had recently started a business in the British Cameroons.)

So was born a single bilingual country, the Federal Republic of Cameroon, with two autonomous regions. On the national flag were two stars, symbolizing this union of the Anglophone and Francophone.

It was, constitutionally, an equal union. It was, in reality, an unequal union, as the Francophone region was much larger in size and population. And it quickly became, by political intent, an unjust union.

In 1972, a referendum changed the country’s federal structure to a unitary one, effectively swallowing the Anglophone region’s autonomy. In 1975, there was a new flag: a single star at its center, the other star scrubbed out.

For Theo, growing up in the Anglophone city of Bamenda, this was merely official confirmation of his lived reality. To be born an Anglophone was to grow up acutely aware of your marginal identity. It was to joke about minor government ministries being “Anglophone ministries.” Anglophones, who make up about 20 percent of the population, struggled to learn French while Francophones brushed aside English. It wasn’t merely French that was considered superior, but Frenchness as well — the bureaucracy, the culture, in what one Cameroonian academic called the “gallicising of public life.”

In secondary school, Theo hated chemistry because his Francophone teacher barely spoke English, and when the confused students asked questions, the teacher flogged them, while swearing at them in French. Once, Francophone police officers stopped a bus that Theo was traveling on and singled out English-speakers, harassing them, calling them “Anglo-fools.” Theo’s uncle learned French and tried to pass as Francophone to get a job in Yaoundé, the capital.

Like many Cameroonians from both regions who suffer the bribe-seeking incompetence of government bureaucracy, Theo’s father, a court registrar, was not paid his pension after he retired. Theo traveled with him to Yaoundé to inquire about the money. There, in a Civil Service office, his father spoke English. The official responded in French. “This is a bilingual country and if you are employed in this position you should be able to speak English and French,” his father said. (Theo adds, “My father was a bit of a troublemaker.”) Perhaps Theo’s father was tired of the malaise of marginalization, of feeling like a second-class citizen in his own country; perhaps he thought he could speak his mind with no consequences. But his pension was never paid. When he died, his extended family, who depended financially on him, was bereft.

Theo wanted opportunity; he wanted choices. It was 2000, and there was great demand in China for teachers of English, as part of the Chinese passport to the world initiative. Theo responded to an online job advertisement. He was surprised to get an offer. With money saved from a small trade in rice and beans, he secured a visa and bought a ticket to China.

There, he taught English. He learned Mandarin. He fell in love with Libby, her elegance, her intelligence, her quiet confidence. They bonded over their shared Christianity. They had a daughter. When Libby got pregnant again, they worried about the price they would have to pay for violating the one-child policy. They desperately wanted the baby. And so they came to America as asylum seekers.

While Theo navigated the labyrinth of America’s asylum process, his home in Anglophone Cameroon was splintering. Teachers were on strike, protesting the imposition of French-speaking teachers on Anglophone schools. Anglophone lawyers wearing their white curly wigs poured into the streets to demand change. Cameroon has two often-conflicting legal systems, English common law in the Anglophone region and the French civil code in the Francophone. Francophone judges had long been employed in Anglophone courts, and the lawyers who had to argue cases before befuddled judges had had enough. Ordinary citizens joined the protests. They wanted autonomy. They wanted teachers who spoke English and judges who were trained in the law of the land.

In response, in 2016, the government unleashed an astonishing wave of violence. Protesters were tear-gassed. Soldiers shot into crowds. Scores of civilians were reported murdered. Women were raped. Villages were set on fire, and people who previously had homes became refugees overnight.

Most Anglophones had only demanded autonomy, but against the glare of state violence, the movement for independence, which had been considered fringe and insignificant, suddenly seemed legitimate.

The independence movement is, like most movements of this sort, messy and inchoate. Pro-independence groups have been accused of kidnappings and extortions. There are independence leaders who reside in Europe and the United States. Armed factions consider themselves at war with the Cameroonian state. But underlying all this is the pulsing truth of a marginalized minority at the end of its tether.

When Theo talks about the situation, he uses words like “revolution” and “struggle,” words saved from portentousness by the rawness of his emotion. He calls his mother daily and worries if she doesn’t answer right away. He scours images sent on WhatsApp, of villages set on fire, of a dead body with the ugly gash of a bullet wound. When the government shut down the internet in the Anglophone region for three months last year — claiming that social media was fueling the unrest — Theo shriveled with worry. He has attended protests at the United Nations and the French embassy. His relatives have joined the stream of frightened refugees making their way into Nigeria. His passion is a mix of faith and rage and conspiracy theories. He believes that the French president, Emmanuel Macron, visited Nigeria to marshal forces to suppress the Anglophones. He wants to read books about past revolutions to gather tips. He prays often.

Recently, Theo’s son was playing with our toddler daughter and pulled out a blue flashcard from a toy basket. “That’s indigo!” he said.

I teased Theo. “You overachieving African immigrant! The poor boy is barely 3 years old and he doesn’t just know blue, he knows indigo?”


“We do drills,” Theo said solemnly. “I want to prepare him for kindergarten. At least in this country you succeed on merit.”

Then he looked away, sounding a little unsure.

Vice President of Equatorial Guinea gets 'blocked' in Brazil!