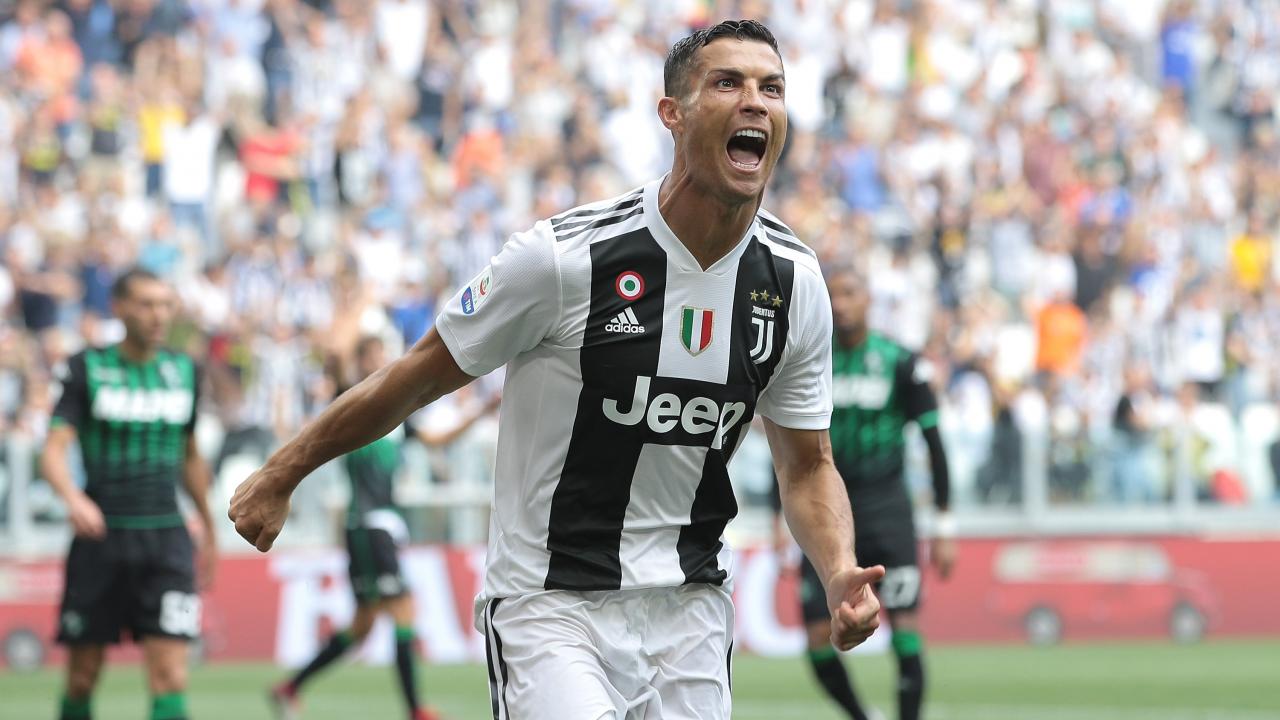 Cristiano Ronaldo scored his first two goals for Juventus as the Italian champions maintained their perfect start to the season.

Ronaldo, goalless in his first three games since his move from Real Madrid, tapped in shortly after half-time.

The 33-year-old then finished off a rapid counter-attack by shooting into the bottom corner after 65 minutes.

Sassuolo pulled one back in added time via Khouma Babacar and Douglas Costa was sent off but the hosts held on.

Ronaldo could have completed a hat-trick late on but missed two easy chances from inside the penalty area.

The win is Juventus’ fourth from four games this season.

Ronaldo had been on the pitch for 320 minutes in Serie A this season before scoring his first goal since his remarkable summer move.

The wait ended with his 28th attempt of the league season but he had looked increasingly frustrated in the first half at his failure to find the net.

Ronaldo’s first effort of the match in the sixth minute was blocked. He then failed to direct a header on goal and in the 27th minute struck an ambitious free-kick wide from 35 yards.

But his first goal in Juve colours could hardly have been simpler after Sassuolo failed to deal with a corner. Gianmarco Ferrari headed the ball on to his own post and it rebounded to Ronaldo unmarked inside the six-yard box for the forward to tap home.

His second was more typical as he showed excellent pace to keep up his side’s counter-attack and coolly finished low past the goalkeeper.

The crowd celebrated Ronaldo’s first goals for the club wildly, while the forward’s girlfriend and son were also in the stands to witness the moment.

Nigerian novelist; Chimamanda Ngozi Adichie, writes emotional piece about what is going on in Southern Cameroon!