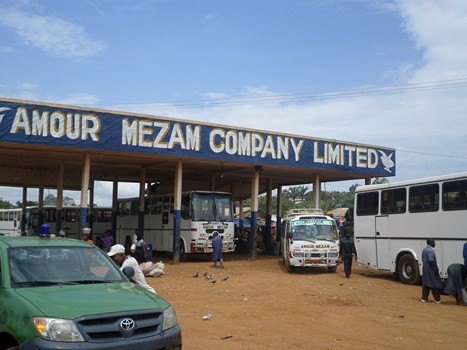 The North West regional Delegate of Transport Gilbert Ngong, has denied that his office imposed additional requirements on travellers in the North West Region of Cameroon.

“The press release published on social media on Tuesday 18th of September 2018 and purportedly signed by the Delegate of Transport for the North West Region is fake and unfounded,” A press release issued on Tuesday by Mr Ngong read. 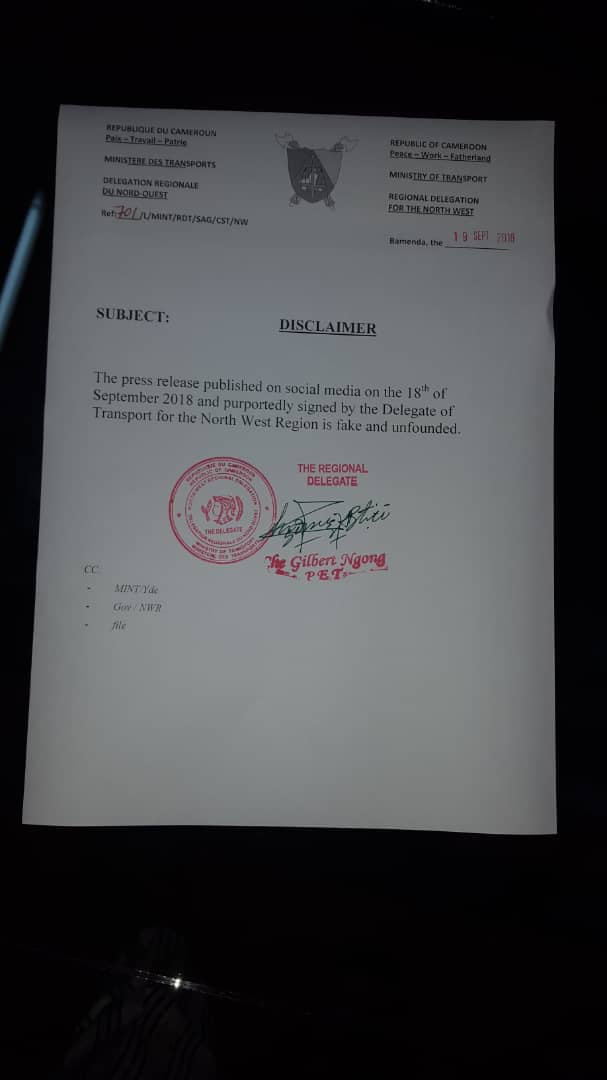 A contrary press release which went viral on social media early Tuesday stated that passengers leaving the North West region will have to state their departure motives and destinations or will be prevented from travelling out of the region, according to orders from the regional Delegate for Transport, after a meeting involving stakeholders in the transport sector. 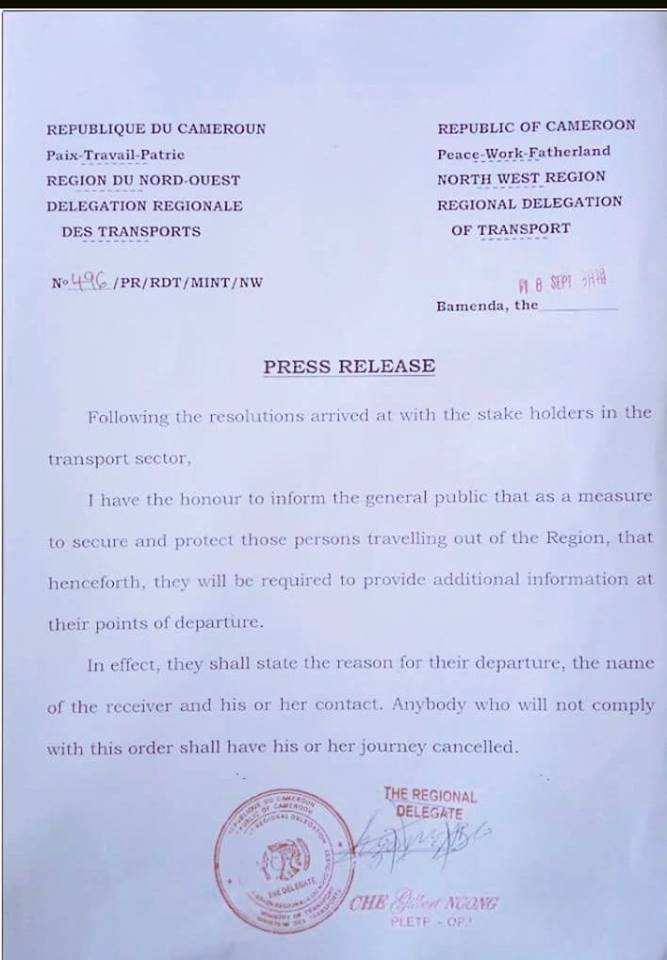 Hundreds have been leaving the North West and South West regions of Cameroon in recent weeks, to seek refuge in other parts of the country as tension mounts ahead of Cameroon’s October 7 presidential election.