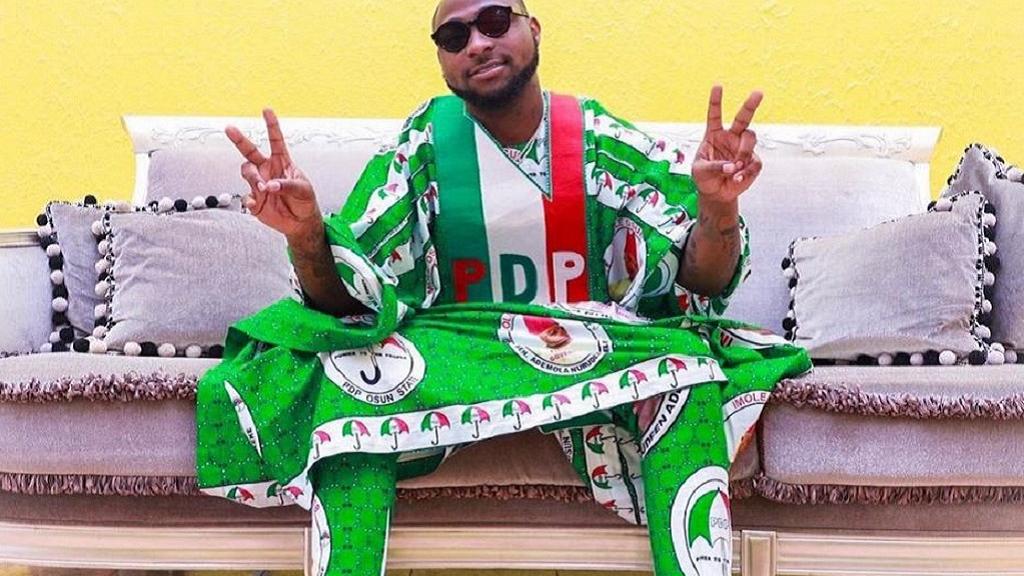 Nigeria’s Afropop sensation, Davido is causing political shockwaves in his home state of Osun where he is campaigning for the candidate of the opposition People’s Development Party (PDP) in the race to be governor.

The multi-millionaire singer-songwriter and record producer, has been posting pictures and videos on his social media, endorsing his uncle, Ademola Adeleke who is running on the PDP ticket.

Osogbo Mega rally today !! @IsiakaAdeleke1 victory awaits You and the Beautiful People of the state of Osun ! 🇳🇬🎉🌍⭐️🎊❤️ pic.twitter.com/hKxmSeAaJW

Billboards in the state also show pictures of the singer in traditional dress, leaning on an empty black leather chair next to the Nigerian flag.

Adeleke, dubbed “the dancing senator” because of his penchant for dancing in public, must be hoping his high-profile nephew can win him as many voters as he has music fans.

The 58-year-old politician is running for the main opposition Peoples Democratic Party (PDP) against Gboyega Oyetola of the ruling All Progressives Congress (APC).

Candidates from no fewer than 48 parties are vying to replace APC Governor Rauf Aregbesola, who is stepping down after a maximum of two four-year terms.

Saturday’s poll is the final major electoral test before Nigerians vote for a new president, parliament, governors and state legislatures in February and March next year.

Presidential Candidates refuse to collect Campaign money because Government is offering them half of the stipulated budget!