Home » Principal of CPC Bali narrates how Nde Blaise, a Maths Teacher of CPC Bali was shot and left to bleed to death by the military. Watch video: 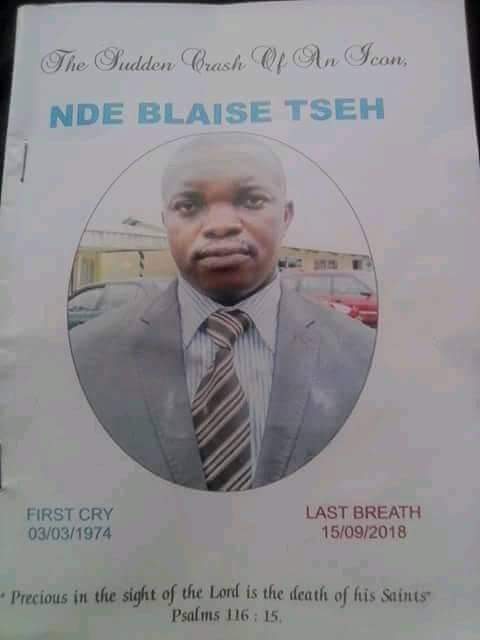 A Mathematics teacher of the Cameroon Protestant College(CPC) Bali was shot dead a while ago and it was unclear as to how he died. At his funeral, the principal of CPC Bali, has revealed details as to what led to his death.

He reconted the series of events that led to Mr Nde Blaise being shot and left to bleed by the Cameroon Military, when he committed no crime. Watch video below and listen: