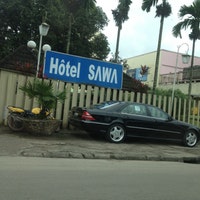 Gunshots were heard in Douala this afternoon, as some armed men got involved in an exchange with the military guarding the hotel.

According to reports by cameroonnewsagency.com , five armed bandits were the ones involved in a gun exchange with the military.

CNA also claims that the armed bandits came there to apprehend the Mayor of Buea; Ekema Patrick.

Hotel Sawa is a top ranking hotel and that is where government officials who don’t live in the Littoral Region, lodge when they come to Douala.

According to a video report from some staff of Hotel Sawa who were at the scene, some of the bandits may have been apprehended. The hotel is now highly militarised.