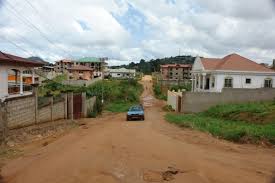 According to a guy who was among the guys picked up:

Some people’s homes were invaded by the military, their personal belongings searched, and the young men in the homes told to climb the military truck amd head for the station.

While at the station, those with ID Cards were separated from those without, and they were eventually told to go home without entering the cell.

Meanwhile those without ID Cards were sent to the cell and their ID Cards had to be brought for them to be liberated.

Meanwhile those who had judgement-prone looks like coloured hair, dreadlocks, or scarred faces, were labeled ‘criminal suspects’ because of their looks. They were further interrogated.

Some are speculating that it was a random security check especially as elections are forth coming.

7 boys were shot dead in Buea Town this Thursday morning. This is what happened:

Petit Pays under critical condition after being involved in grave accident!