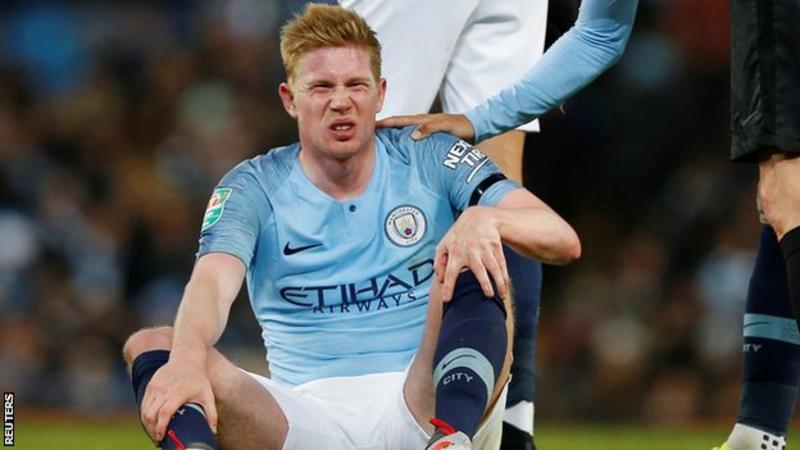 The Belgian underwent scans on Friday at the CFA.

No surgery is needed but he is expected to be out for between 5-6 weeks.

He previously injured a ligament in his right knee in August.

The match against Fulham was only De Bruyne’s second start of the season following his first injury.

“We are sad for him. Nobody likes to be injured,” City manager Pep Guardiola said.

Man stabs 3 children in Buea, 2 die! This is what happened: