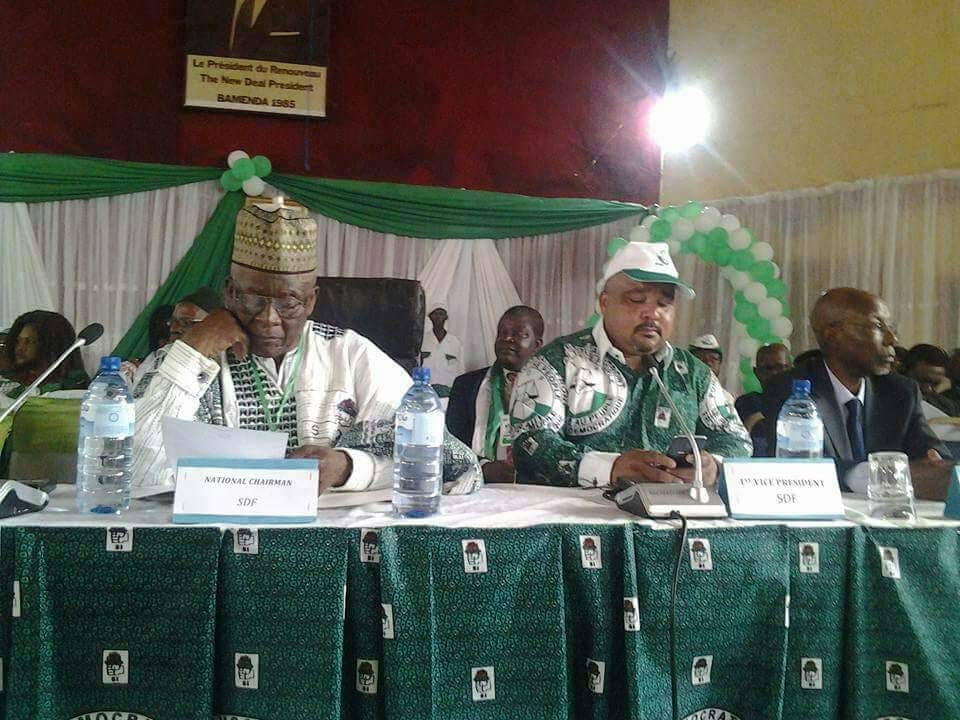 The fate of Joshua Osih hangs on a balance as the National Executive Committee of the Social Democratic Front meet on Saturday November 03 in Yaounde.

It will be the party’s first gathering since the October 7 Presidential election and is aimed at assessing the party’s performance under the stewardship of Joshua Osih.

This year’s election marked the worst outing of the SDF paty at any Presidential election in Cameroon as their flag bearer finished fourth far behind winner Paul Biya, runners up Maurice Kamto and third Cabral Libii, with just over three percent of the votes,

This performance has brought mixed feelings within the ranks of the party with some party members calling for the resignation of Joshua Osih as Vice President of the party.

The alarm bells started ringing from the SDF section in Germany who immediately called for Osih to step down from his position as Vice President or be sacked by the party.

They re-echoed their stance on Friday ahead of the NEC meeting scheduled for Saturday in Yaounde.

The Mayor of Wum, Kuate Wambo Guy equally added his voice to those calling for Joshua Osih’s head slamming the SDF flag bearer for what he terms reckless outings by the SDF Presidential candidate after the election.

However, the conservative wing of the party remains adamant Joshua Osih should keep his position as Vice President of the party and called on all party supporters to come together and get the party back on track.