Home » John Fru Ndi makes a shocking revelation about the involvement of some Ministers in The Struggle for ‘Ambazonia!’ 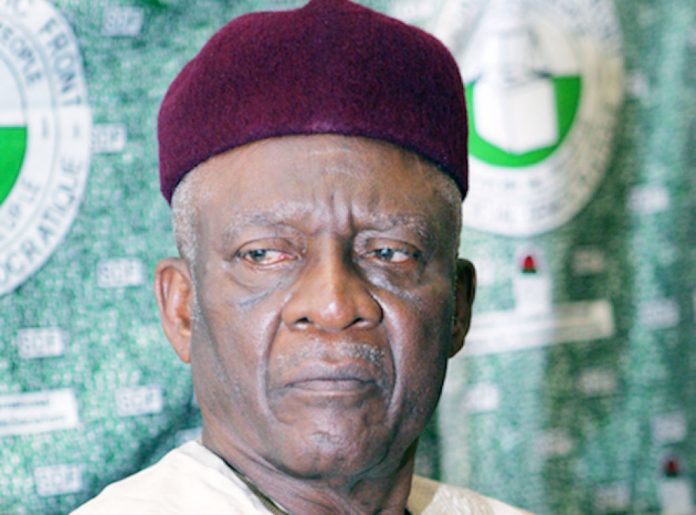 The National Chairman of the Social Democratic Front (SDF), Ni John Fru Ndi, was at PSS Ntasen, Nkwen, Bamenda, where some 79 students, Principal, a teacher, one other staff member, and driver, were kidnapped on November 5, by some four unidentified gunmen.

In his consolatory message to parents, Fru Ndi said he could not be indifferent to what befell the children.

He appealed to the parents to retire home for a while to come back later, instead of standing under the intense sun. The parents rejected, telling him they will remain there until the children are brought back to the school by their captors.

“I am saying so, because, some of you might be patients who are on medication and you might collapse if you stand for long under this sun.” The parents still rejected and told him that they are not leaving the place.

The SDF Chairman then told them that he is in support of their move and said he is ready to give his support to them and the school administrators. He recalled that he has also been a victim of Amba Fighters.

“They burnt my compound in Baba II Village, kidnapped and tortured my sister, shotguns over my head and attempted searching my car. So, I am ready to stand by you; we join the real Amba Fighters who are fighting a true course, buy cutlasses and enter the bushes to fish out these children if they do not release them so soon. I am taking this resolution, because, my heart and yours bleed, because, how can you sleep, eat or drink water when you do not know the fate of your child, who is kidnapped and being kept in captivity in an unknown location. I maintain that there are true Amba Fighters, but there is another group infiltrated by thieves and gangs, sponsored by Government Ministers.”

Fru Ndi said what happened in Pinyin Menka in Santa Subdivision and Chomba- Mbatu, Bamenda II Subdivision, lays credence to the statement he is making that there are Ministers sponsoring thieves and gangs passing for Amba Boys.

University Lecturers promise to go on a strike after 21 days if President Paul Biya does not fulfil this condition: