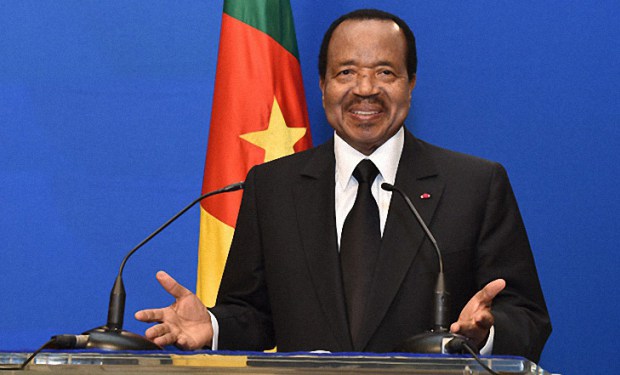 Newly sworn-in President-Elect of the Republic of Cameroon, H.E Paul Biya, calls on pro-Ambazonian Fighters(Amba Boys) in the Northwest and Southwest Regions to lay down their arms or face the full force of the law and the military.

On November 6th, in Yaoundé, shortly after taking the oath of office as his seventh term as President of Cameroon begins, President Paul Biya appealed to the youths who are involved in what he termed ‘futile adventure’, to get back on the right track.

“These war-mongers who are jeopardising our national unity and preaching secession should know that they will face not only the full force of the law but also the determination of our defence and security forces. I am calling on them to lay down their arms and get back on the right track. I am appealing, particularly, to youths who got involved in a futile adventure,” Biya stated.

He also pointed out that: “It is obvious that the secessionist ambition undermines our constitution which establishes the ‘indivisible’ nature of our Republic.”

He further stated: “I have no doubt, whatsoever, that the destiny of our compatriots in the Northwest and Southwest lies within our Republic. With the support of the Cameroonian people, as a whole and convinced that there is an honourable way out in everyone’s interest, I will strive to restore peace and calm in the two Regions concerned, with due respect for the institutions of which I am the guarantor.”

Acknowledging the fact that threats from ‘secessionists’ made them unable to exercise their right to vote during the Presidential election and, thereby, express their attachment to national unity, he called on the people not to lose hope and to lend all possible support to the action of the authorities aimed at restoring peace.

Cameroon set to host The African Women's Handball Championship in 2020!