Home » President Paul Biya’s Family sues a Maurice Kamto supporter in France. This is why:

A complaint has been lodged with the Court of First Instance of Paris against a certain Serge Anango.

In a video widely shared on social media networks, Serge Anango, a pro Kamto supporter, resident in France, insults the late Mrs. Mvondo born Eyinga Anastasie, the late mother of President Paul Biya. Watch video below and listen to what he said:

This arouse anger in the presidential family. A group of grandchildren of the President of the Republic’s mother, led by Evrad Eyinga and Simon Christiane, have decided to file a complaint against the author of these insults, Mr Serge Anango.

The complaint was filed on November 16, 2018 by the Seleck & Associés law firm at the Paris Court of First Instance and it bears the ground of “public outrage against modesty, profanation, defamation and insults”. The plaintiffs wish that “the author of this heinous act be punished severely according to the laws provided for the matter” in France. See the complaint below: 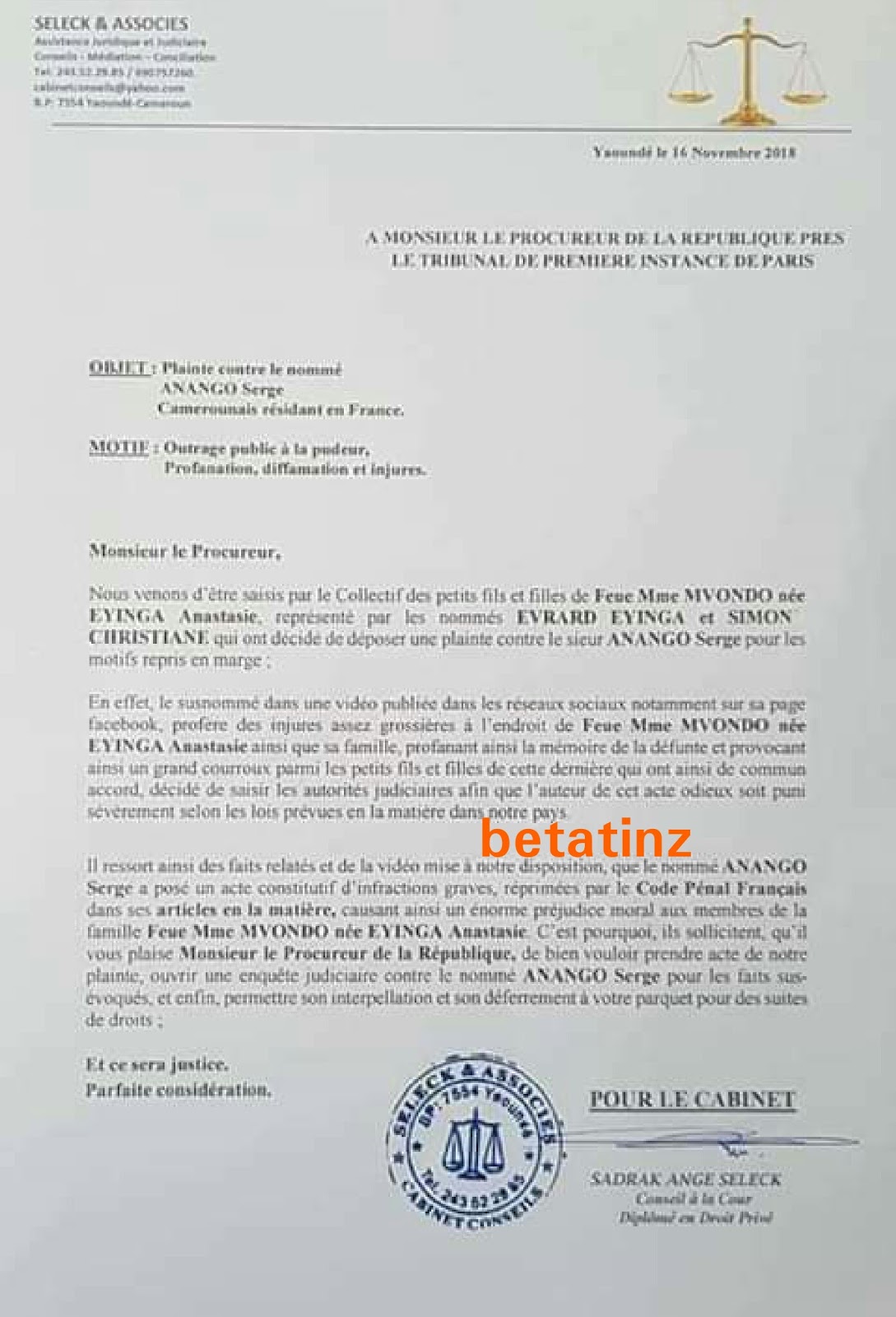 Here is how to vote for your favourite Gospel Entertainers to win at the EMMI Awards-Night Of Ambassadors!