Home » Have Maurice Kamto’s Political Party Members just declared that they have given up their claim that Maurice Kamto is the ‘right’ President of Cameroon? 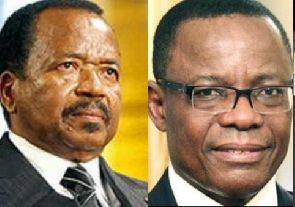 Alain Fogue, the national treasurer of the Movement for the Renaissance of Cameroon(MRC) and also a close friend to Maurice Kamto, one who was very actively involved during the presidential election of October 7, has, on November 14, 2018, written a letter to the current tenant of the unity palace of Etoudi.

In the letter, Alain Fogue draws the attention of the Head of State to “the serious tribalist drifts, public humiliation, inhuman and degrading treatment and acts of torture inflicted by the security forces on President Kamto, his activists and sympathizers in the resistance against the official results of the presidential election of October 7, 2018 “.

Alain Fogue urges the “President of the Republic” to take measures “so that the various commands of the security forces, the administrative and judicial authorities of the country, reflect more the socio-cultural and linguistic diversity of [our] people”.

The letter from the treasurer of the MRC sows confusion because Maurice Kamto and his activists still claim victory in the presidential election since they describe the re-election of Paul Biya proclaimed by the Constitutional Council as “hold-up.”

How can then does Alain Fogue write a letter to Paul Biya, addresssing him as “President of the Republic“, meanwhile they claim not to recognize his victory in the presidential elections?