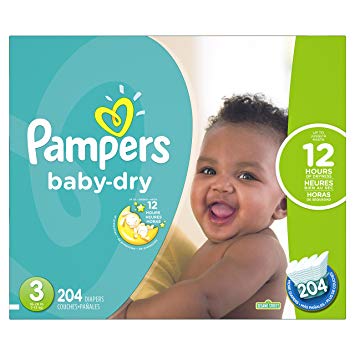 Mothers in Cameroon might be resorting to the good old washable napkins, as disposable diapers have been banned from sales in the Cameroonian market.

The decision was taken by the Minister of Commerce(Luc Magloire Mbarga Atangana) on February 13, 2019. In a statement, Luc Magloire explains that “following an alert launched by the French National Agency for Health Security ( ANSES) relating to the risk of possible presence of harmful chemicals in infantile disposable diapers”, he decided “in the name of precautionary principle”, to withdraw from the national commercial space, the set of disposable diapers.

This will be valid, pending the outcome of the analysis and investigations initiated at the due diligence of the national laboratory for quality control of drugs and expertise(LANACOME).

At the same time he asks people to ensure the “strict and scrupulous application” of this decision.

After haven tested 23 brands, ANSES identified some significant dangers in disposal diapers due to the presence of several harmful chemical substances. It found pesticides(some banned in France), and glyphosate, which are present due to the raw materials used. Also, certain added perfuming substances were found which are not healthy for babies. The chemicals found present a long term risk for babies, and that is why Luc Mbarga made the decision to ban disposal diapers for now, till the analysis being carried out by the ANES is final.

Minister of Employment and Vocational Training explains how over 500,000 Cameroonian youths will be employed in 2019.