Home » Hypocrisy, crocodile tears of US and others over the conflict in Cameroon 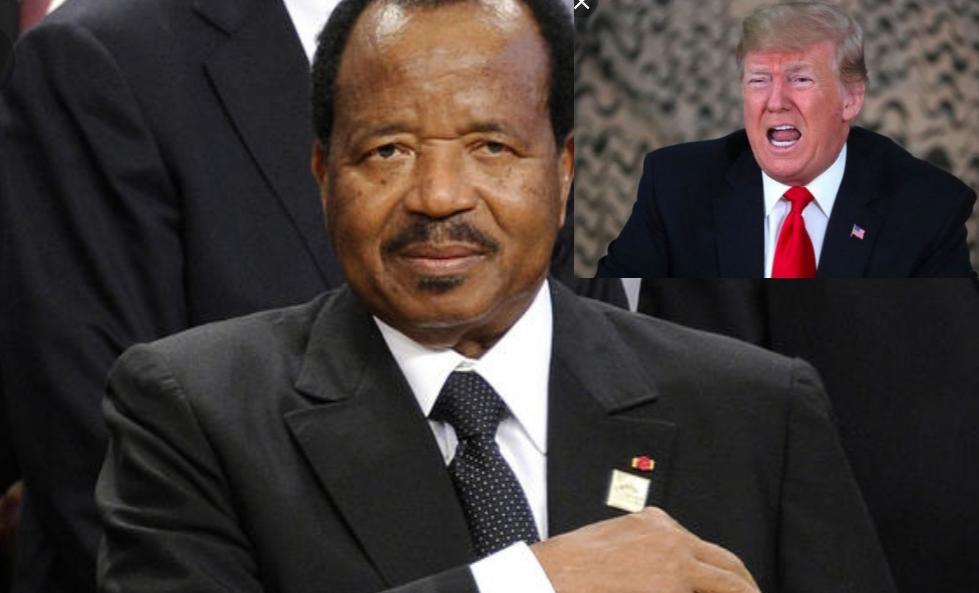 The conflict in the two English-speaking regions has entered a third year. It is a period of pain and suffering of the trapped population in the two regions. Body bags, maimed bodies, chopped off body parts, burnings of even hospitals and schools, no education, kidnappings and beheadings are the by-products of this conflict.

The US does not speak tough on the atrocities of these rebels. Rather, the US Embassy in Cameroon pampers them and takes on the government of Cameroon. In 2018, the US Ambassador to Cameroon, Peter Henry Barlerin, accused government forces of targeted killings, unlawful detention, burning and looting of villages.

Last month, the Trump administration announced it will cut military aid to Cameroon; demanding an investigation into human rights violations in the two affected regions. Gunmen are killing, burning, cutting off body parts, kidnapping even  school children , taking ransoms, targeting minorities (Mbororos) and marauding, yet, the US is condemning government forces fighting them.

They are quick to complain about the so-called misconduct of government troops, who in spite of some occasional unfortunate mishaps are only performing their ‘regalian’ duties to protect persons and property as well as the territorial integrity of the country. Last month gunmen torched parts of the Kumba District Hospital, burning four persons alive.

The US Embassy in Cameroon issued a statement wherein, authorities called on the government of Cameroon to conduct a transparent investigation to find and punish the arsonists. If government forces were guilty, America would have used the sledge hammer of diplomacy on Yaoundé but it prefers to be dodgy when outlaws attack. rmed secessionists killed a US missionary last year in North West Region, yet the US has been reluctant to issue a statement condemning them.

The United States government and other countries, including international organisations such as the United Nations, International Crisis Group and others have called for a broad based dialogue as a solution to the conflict in the two English-speaking regions of Cameroon. At face value it appears these are true friends of Cameroon. But underneath the veneer lies a dirty, selfish plan of a regime-change in Cameroon. The United States has orchestrated this in several countries (Libya in 2011, Sudan, Iraq etc) and despite abysmal results, it will not hesitate to do same in Cameroon.

True to themselves the US, France, UK and others are dishing out lessons to the government of Cameroon on how to handle the crisis. No move by the government is remotely appealing to them. Yet, there are actions, if taken by these countries the crisis would die naturally. Like others, they have called for inclusive dialogue. Nevertheless, money is raised by warmongers (Cameroonians) in these countries and sent back home for weapons. Blood is spilled in Cameroon because these governments allow those in the Diaspora to raise and send money to Cameroon, putting guns in the hands of malleable youngsters – the future of Cameroon.

If they are truly friends of the Cameroonian people as they claim, they should stop such fund-raising.

Cameroonians wonder how a terrorist like Eric Tataw, can from the safety and comfort of the United States collect funds to finance the purchase of AK47s, arson, beheadings, maiming, killings and yet the US Embassy/Authorities remain silent.

Propaganda that fuels the conflict is coming from these countries. The US and others should seal the lips of those instigating mayhem and save lives in the North West and South West regions. How can they, when their interest is to change the regime in Yaoundé. The longer the chaos, the clearer their vision of ousting President Paul Biya. Focus is on one man, even if thousands die. How would you explain the sudden interest of America in the Marafa Hamidou Yaya case and France in that of Amadou Vamoulke. It is time to place their ‘choice’ at Etoudi.

In a diplomatic cable made public thanks to WikiLeaks in 2009, the then Cameroon’s Minister of Justice and Keeper of the Seals Amadou Ali, one of President Paul Biya’s loyalist from the Far North Region told the American ambassador that power must return to the Grand North (Admaoua, North and North Regions). Cameron’s first President was from the North, one of the three regions of the Spetantrion. He said northers will support Paul Biya who is from the South of the country and of the Beti clan as long as he wants to stay.

With Paul Biya out of the way, an American-trained Marafa Hamaidou Yaya from the Grand North is an ideal choice to protect US interest in the sub-region. He is currently serving a 25 year jail term for embezzlement.  Just like in Venezuela, where the US quickly recognised the American-trained President of the Venezuelan National Assembly, Juan Guaido, when he declared himself Interim President of the oil rich South American country, it is in America’s DNA to meddle in affairs of other countries and change regimes.

So, cornering H.E Paul Biya is strategic for them. One of the ways is to create an impasse in the two English-speaking regions, while Boko Haram is not dead and gone. It is to have the populations of these two regions looking at Yaoundé with eyes of revolt. The Anglophone crisis is the new lead, after Maurice Kamto and Oshi Joshua failed. These two opposition leaders (friends of the West) could not take out Paul Biya through the ballot box. America is accused of funding these two opposition leaders, although the Trump administration denied.

America, a flawed democracy, yet a global teacher looked the other direction, when Maurice Kamto declared himself winner of the October 7th Presidential election a night after voting. He swore to protect his ‘victory’ by any means including the streets. He, literally broke a law of democracy. The US and other Western countries were mute, hoping the street protests against President  Biya will gather steam as the one in Venezuela against President Nicolas Maduro (slowing down in steam). Last January, the government was forced to arrest Maurice Kamto and supporters of his party. Cameroonians reluctantly talk about his arrest and channel their energy to other issues – not what the US and others hoped for.

Chaos is the new option to stop President Paul Biya, democratically elected, from sailing through his mandate. If Cameroonians are hoaxed to focus on one man (Paul Biya), they must know that the consequence is a shattered country to the benefit of America and other gluts.

I have no fear of making changes, destroying the image, etc., because the painting has a life of its own. Marcelyvan Bowen shares and takes us into his passion