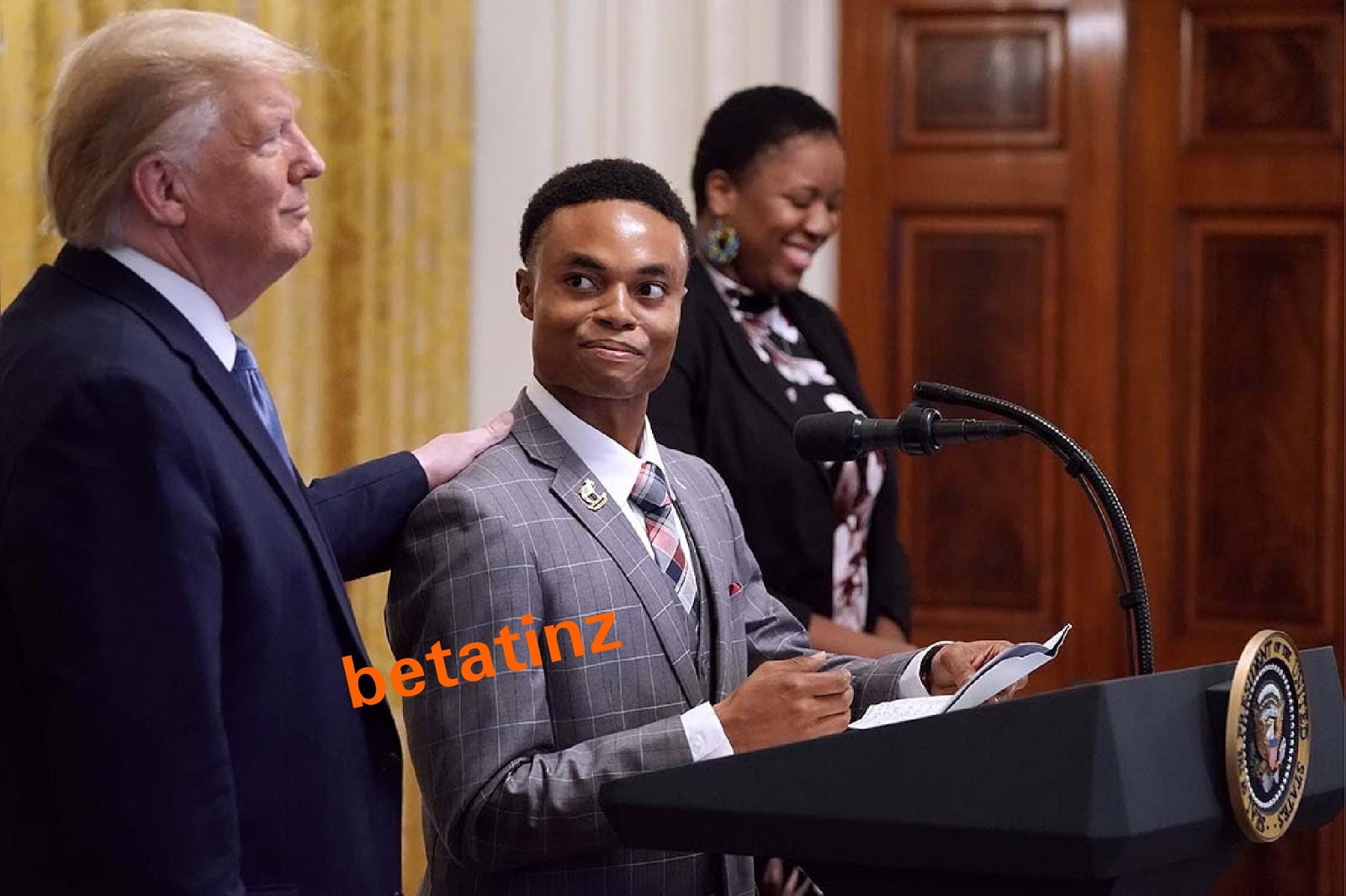 US President; Donald Trump was in attendance at the Young Black Leadership Summit 2019, and interestingly, he met this Cameroonian legal immigrant; Ben Okereke, who ushered the opportunity for Donald Trump to mention Cameroon.

This is how the flow of conversation went:

THE PRESIDENT: With us this afternoon is Ben Okereke.  That’s a great name.  I love that name.  When Ben was 14 years old, he legally immigrated to the United States after suffering many hardships in Cameroon, which I hear is a beautiful, beautiful place.  Cameroon.

To give back to our country, he joined the United States Army and honorably served for four years — (applause) — as a very talented field artillery specialist.  A lot of talent, they say.

Ben, we salute your noble service.  And please say a few words.  Ben.  (Applause.)  Please.  All yours.

And finally, most importantly, sir, thank you for saving America and thank you.

Finally, sir, thank you for taking down the fake news media, sir.  (Applause.)

THE PRESIDENT:  Thank you, Ben.

"I will not betray you... My freedom unveils a new chapter in our fight" - Maurice Kamto addresses his supporters upon release from Kondengui.