Samuel Eto’o reveals why he openly supported Paul Biya during the 2018 Presidential Elections! 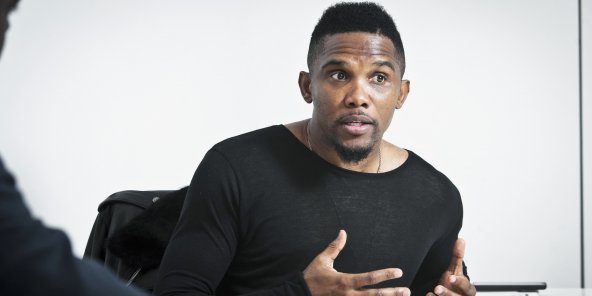 Legendary Cameroonian football Superstar; Samuel Eto’o publicly supported President Paul Biya during the 2018 Presidential Elections and he received a lot of backlash for it. In an interview that he granted with Jeune Afrique Magazine, this November 2019, he has spoken out on the issue, revealing that he supported Paul Biya because it is his civil right!

“People criticized me for supporting a candidate. But if I had chosen another [candidate], I would have been criticized as much. It was a personal choice, and it’s my right…The most important thing today is that Cameroon regains peace and security because the events of the last few months have saddened me a lot.”- said Samuel Eto’o in the interview with Jeune Afrique.

In the same interview, he mentioned that he would be joining the prestigious Harvard University in January 2020 to take up studies in Business Management.