CEMAC countries, including Cameroon, finally dump the CFA, for another currency!

Home » CEMAC countries, including Cameroon, finally dump the CFA, for another currency! 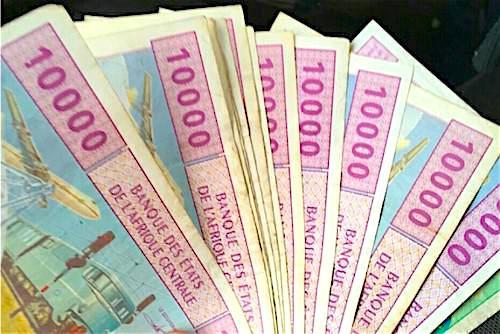 The leaders of the six countries of the Economic and Monetary Community of Central Africa (CEMAC), after meeting in an extraordinary summit in Yaoundé last week, announced their willingness to evolve the CFA franc, presented by some as a currency “inherited from colonization “.
The currency, used by 14 countries in West and Central Africa for a total of 155 million inhabitants, is indexed to the euro and convertible with the European currency. User States must deposit 50% of their reserves in France.
The six leaders present at the Yaoundé summit discussed “the monetary cooperation with France (and) decided to initiate an in-depth reflection on the conditions and the framework of a new cooperation”, explains a final communiqué.
“To this end, they have instructed the Bank of Central African States (Béac) to propose in a timely manner an appropriate scheme leading to the development of the common currency, the CFA franc,” he adds.
Five of the six heads of state in CEMAC took part in the Yaoundé summit: Cameroonian Paul Biya, Central African Faustin-Archange Touadéra, Congolese Denis Sassou Nguesso, Equatorial Guinean Teodoro Obiang Nguema and Chad Idriss Déby Itno. Gabonese President Ali Bongo Ondimba was represented by his prime minister.
In the text, the leaders “reaffirmed their desire to have a stable and strong common currency”.
The statement does not specify the nature of the evolution, but the Chadian president has raised, on the antennas of the Cameroonian television, the exit of the currency.
“Tomorrow, when we leave the CFA franc, we will belong to one (monetary framework),” he said.
“Our French partners are open to all possible dialogues with us. The institutions of CEMAC and BEAC are responsible for negotiating,” – he said.
“We must not be (linked to) former colonial powers,” said the Equatorial Guinean president.
In a press kit, the Cameroonian presidency wrote that “the currency inherited from colonization (the CFA franc) divides the economists and the heads of state of the franc zone”.
This currency “is presented by many finance experts as a brake on development,” she added.
In an address at the end of the summit, Paul Biya said that the monetary policy under way in Central Africa “has so far helped to ensure the financial stability of our subregion”.
“However, it is necessary to remain flexible to any reform proposal aimed at consolidating its action,” he said.
In the West African Economic and Monetary Union (WAEMU), some officials have openly taken a stand in favor of replacing the CFA franc with another currency. In Central Africa, leaders were up to now more reserved on the issue.