What is Macron’s problem with Paul Biya?

Home » What is Macron’s problem with Paul Biya? 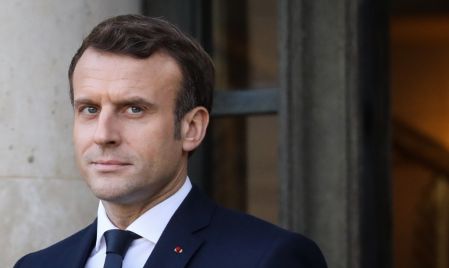 A video has been circulating on Social Media which shows an interaction between French President Macron and a political activist in France. In the video, Macron says that he gave Paul Biya advice on how to enforce decentralisation to solve the Anglophone crisis, and he also mentioned that he is the one who put Pressure on Biya for him to release Kamto.
The Cameroonian people know that since President Paul Biya withdrew the management of the container terminal of the port of Douala from Vincent Bolloré, and since the French brewery group; Castel, has been ordered to pay taxes in Cameroon, Emmanuel Macron has been furious with rage but he has been digesting it in silence.
That is why Macron is exploiting activists to put pressure on President Paul Biya. But it’s a waste of time!
Cameroon is a sovereign state! The container terminal of the port of Douala was the cash cow of colonial France and President Paul Biya put a Stop to it.
By the way Mr. Macron, I advise you to take the diplomacy and political lessons. You need it. He encourages illegal immigration since he gives more credit to an undocumented migrant than to an ambassador!
Editorial- Fan opinion