Detained consortium leader; Agbor Balla’s former school in America, petitions to the UN on his behalf! 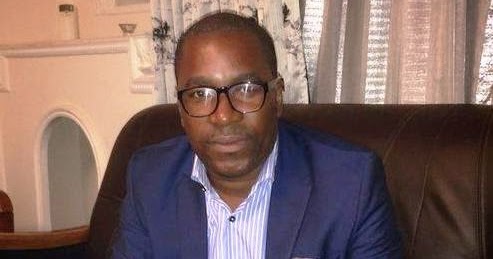 Agbor Balla Felix Nkongho, the president of the consortium who is also one of the detained Cameroonians, is a graduate from The University of Notre Dame in the USA.

As reported by Cameroon Concord; The University of Notre Dame in the USA, has sent an urgent petition to the UN in regards with the arrest of one of its brightest students, Agbor Balla.

Felix Agbor Nkongho, ’06 LL.M., has been charged with treason, terrorism, and other capital offenses by a military court in Cameroon after recently leading a series of protests in English-speaking regions of the country. Media reports indicate that his trial will begin on February 1 in the capital city of Yaoundé.

Sean O’Brien, director of the LL.M. program in International Human Rights Law and Nkongho’s professor at Notre Dame, has filed a petition for urgent action with the Special Procedures of the United Nations Human Rights Council. Working with alumni of the LL.M. program, he successfully urged Amnesty International to issue a statement calling for Cameroon to “immediately and unconditionally” release Nkongho and his colleague.

“Felix is a well recognized and highly respected human rights defender. He has been targeted because of the effectiveness of his non-violent advocacy on behalf of the legal, educational, and cultural rights of Anglophone Cameroonians,” O’Brien said. “He should be released.”

French and English are both official languages in the African country, but English-speaking citizens like Nkongho think that government policies are discriminatory to English-speakers, particularly in the education and judicial systems.

A longtime human rights officer and legal adviser to various United Nations field missions, Nkongho is president of the Cameroon Anglophone Civil Society Consortium, a non-governmental organization that advocates on behalf of English-speaking residents. The group objects to the government’s use of only French in courts and schools in Cameroon’s southwest and northwest provinces, which marginalizes and limits access to justice for English-speaking residents. Lawyers, teachers, and students have been striking and protesting since October 2016.

“West Cameroonians’ education, culture, language and economic aspirations have been severely undermined,” Nkongho wrote in a recent press release. “The people are thus very determined to secure their Anglo-Saxon heritage and aspirations as we enshrined in the constitution of 1961.”

Residents from English-speaking regions say they are excluded from civil service jobs, Nkongho said. Judges and administrators are often sent to manage court systems in English speaking regions without any knowledge of the language or the common law legal system.

The consortium is an organization made up of civil society organizations, professionals and trade unions to advocate for the rights of English-speakers in Cameroon. The group’s efforts are a part of a wider protest against government officials, and began on the day that schools were meant to reopen for the second term of the school year.

English-speaking residents account for about 20 percent of Cameroon’s 23 million people, said Nkongho. According to the Cameroonian constitution, which was adopted in 1972, both English and French are official languages with “the same status.” It also states, “The State shall guarantee the promotion of bilingualism throughout the country.”

Cameroon’s president Paul Biya, who has led the country since 1982, rarely makes statements in English. Most official documents, public exams, and news from the state broadcaster are in French.

The civil disobedience campaign, launched by the consortium, is expected to continue despite Nkongho’s arrest and trial.