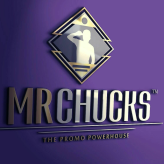 Cameroonian  Gomez Oba, a gifted Afropop sensation, releases his much awaited track  “Family” with vocalist Cysoul. Gomez Oba and Cysoul’s song “Family” was  produced by Willy Wax and mixed and mastered  by Dijay Karl. It is a mixture of the Afrofusion and Urban Soul genres. Dr. Nkeng Stephens is the director of Visuals of Family.

Azaman  Street rapper Portable has released “Azaman,” a new street anthem and banger tag. After the enormous success of his initial mega-hit single, Zazoo Zehh, Weyrey Olorin, nicknamed Portable, returns to upset the neighborhood with another possible blockbuster record. Following the success of his last single “Zazoo Zehh,” which featured YBNL Boss Olamide and Premium Leg Work dancer Pocolee and became a street anthem, Portable is back with another contagious and catchy sound for his fans to celebrate the holiday season of 2022. He uses a sample of Organise, the number-one song by Asake, in his brand-new hit, “Azaman.”  Carter Efe’s invention of pen slavery (intellectual property) prompted Portable to utilize the upbeat song to discuss the issue.

Les Bruits, is a title given to a new 2022 song by an award-winning and talented musician called “Locko”.,

first of its time in the 237 industry talented group of rap artist team up on youngnigs song Hamma remix, all artist with great touch and style gave their best on this sample enjoy via the link below . .

In her brand-new music video for the song “PAPI,” Kameni demonstrates her singing prowess. Love is the subject of the song “Papi.”  Papi is Kameni’s guy, and she forecasts their love, saying that “it is sweet like honey” and that no one can separate them. This song, Kameni’s second as a solo artist, has the potential to be a success! Enjoy the Njie Clinton, aka Papi Mukala, Cameroonian football player in the Papi song video.

Rullo Overdo brings a new tune titled papayo featuring ready christ and ghetto zamarly. a great tune that takes us out of life problems and growth.

Multi Talented Artist and Songwriter popularly Known as “Goya Menor” come through with yet another new hot hit song titled “Grace . Feat. Lade However, the great new melody is an awesome song that will undoubtedly deserve a spot on your…