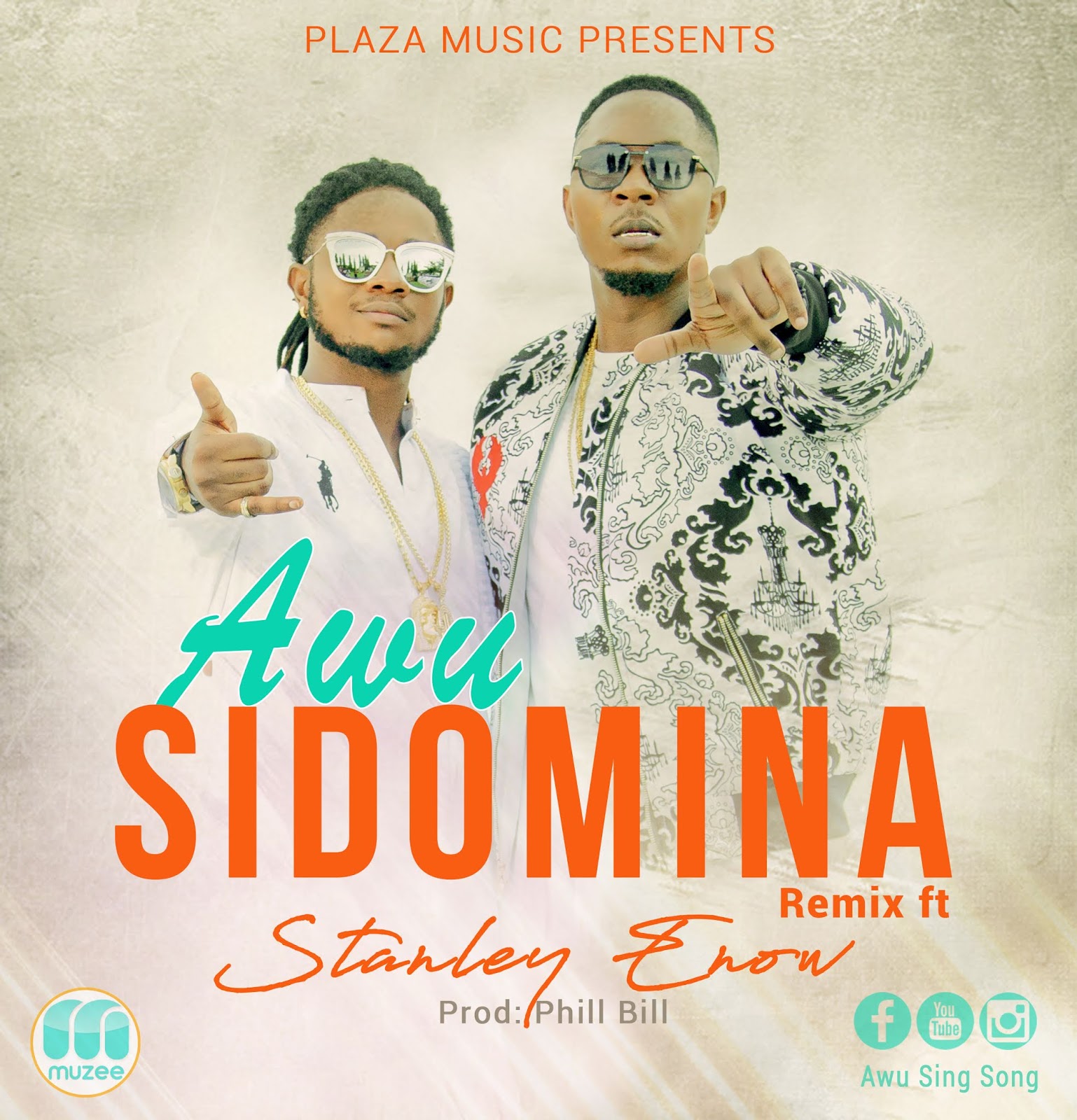 Plaza Music releases Sidomina Remix by Awu featuring Stanley Enow.
After the release of his hit song Sidomina
earlier this year, produced by Phil Beats and Adah Akenji who did his magic on the video, Awu invited Stanley to jump on the Remix.
Awu is a Cameroonian- based singer. He was born on July 12, 1992. He launched his music career in 2012, after winning a stand-out during the famous Carton Rouge inter-schools Competitions.
He had an international collabo with the American; Colby Jeffers, that granted him open doors both locally and globally.
He later on released hot bangers like IF I CAN in 2014 as a theme for the Brazil world cup (though it never yielded the fruits he desired)
He later on released MAKE SOME NOISE.
In 2016, he did a song alongside Gaelle Achiri OUR GAME,  in support of the Women’s AWCON (African Women Cup of Nations).
The song went viral and was nominated as the theme song of the AWCON.
Currently signed under Plaza Entertainment, Awu seems to be getting started. The video of Sidomina remix was directed by Adah Akenji in the beautiful City of Limbe.
Click below to watch and enjoy: