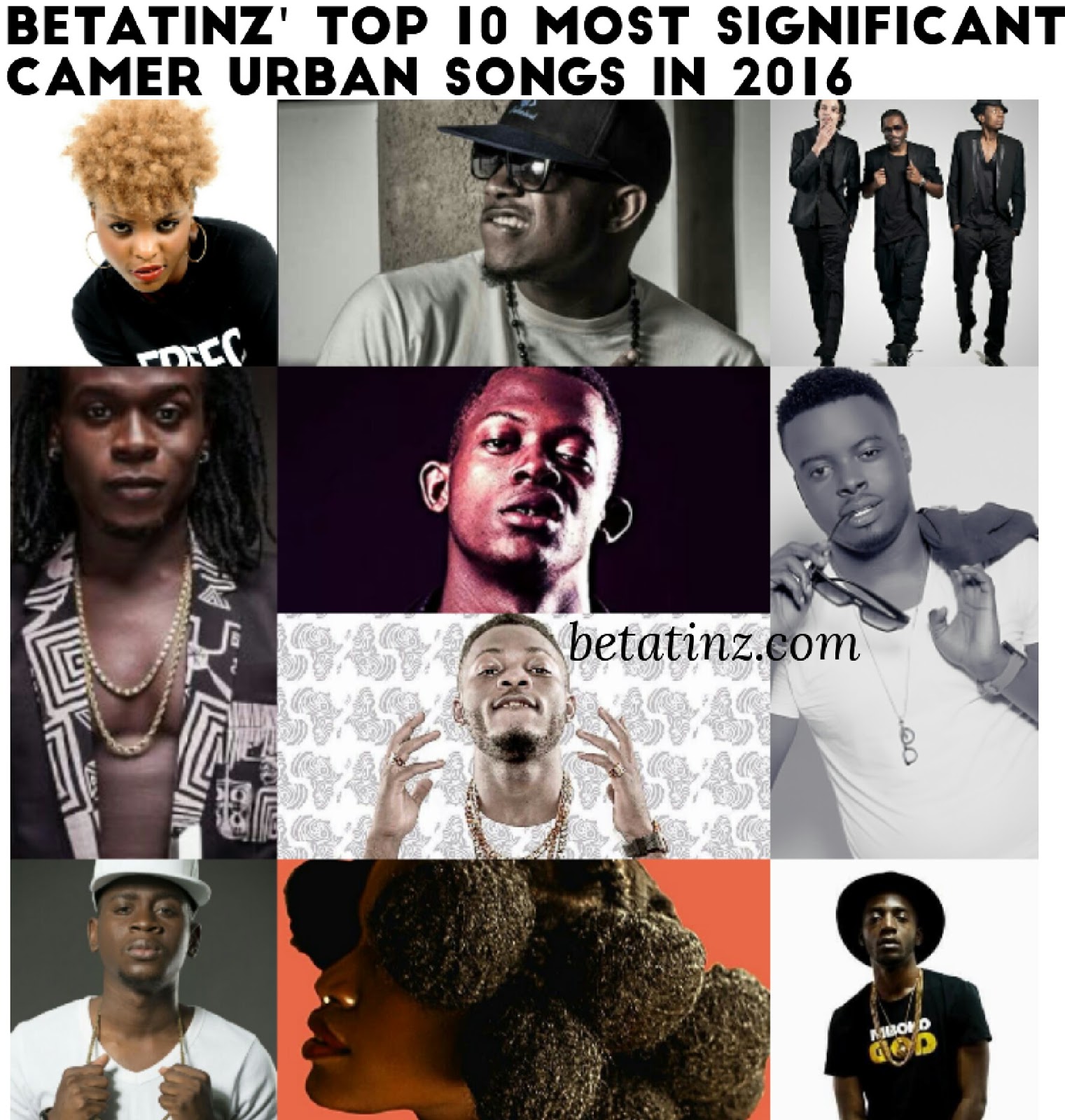 2016 has been a very exciting year in the Camer urban music scene and the Cameroon(ian) entertainment scene at large. Several hundreds of hit songs were celebrated but from our analysis and observation, these 10 stood out not necessarily for being the best Cameroon(ian) songs in 2016, but because of the cultural significance they recorded and how much they were celebrated:

Our Mboko god; Jovi,  gave us several tracks to celebrate and dance-to this year, but Mongshung, particularly stood out for us, not only because of its dope melody, beat and flow, but because of it’s cultural significance. Jovi‘s flow in this song is all in french. He has been one of those Camer urban acts that utilizes and personifies our diversity and bilingual nature as Cameroonians. The song is a smooth representation of one side of our Camer urban culture; the one where youths try to fit into trends and stand out with fake clothes and accessories. Click below to watch:

We can never get enough of Daphne‘s soft voice! Her collaboration with the legendary king of Makossa; Ben Decca, on the remix of ‘Ndolo‘ was epic. Two generations, decades apart, in one song was simply amazing! Ndolo is one of those songs that everybody loves! Click below to watch:

The Kingkong; Stanley Enow, gave Cameroonians another realm in which to dream! His collaboration with one of Africa’s finest; South African super mega rapper; AKA, is another reminder to Camer acts that everything is possible. This song recorded massive and extensive radio and TV plays in Africa, and it also bagged an AFRIMMA award nomination. Click below to watch:

Xmaleya is like the most consistent Camer urban music group that exists! This year they gave us more than one great tune, but djocka stands out because of the nostalgic feeling it exudes. All Cameroonians who were born about 20 years ago and earlier can relate to the slang ‘ball-a-terre’ which was very recurrent in this song. Also the guitar strings that were played in the song, are very similar to those of old school Makossa tunes. It just left us nostalgic! Click below to watch:

Mr Leo has stolen all our hearts! We fell in love from E go better and we just keep sinking deep in love. Jamais Jamais has been released for only about 3 months now but it is on almost everybody’s phone, has almost 1 million views on YouTube, gets massive air play on radio and TV! Cameroonians don’t seem to get enough! Click below to watch:

Do Le Dab has been the theme song of all night clubs, parties, and outdoor events! The way the young rapper; Tenor, blended Camer urban culture with the popular American ‘dab’ was plain genius! One can safely say that a party, was not fun, this year, if Do Le dab; was not played! Nobody has the ability to sit still when Do Le Dab comes up! That’s how serious it is! Click below to watch:

The video of the song was released on the 4th of December last year. Considering that it was released almost at the end of last year, it is fair to count it as one released this year, because it was very well consumed and celebrated this year! The song was an anthem! For the first 6 months of this year, Wule Bang Bang was continuously banging on every radio, TV, club and gathering! The song earned Magasco several award nominations this year, including the AFRIMMA award and the MTV Africa Music Awards. Click below to watch:

Locko‘s Sawa romance has been like the most celebrated love song this year! It literally broke the internet the first week it was released! It has over 1.1 Million views on YouTube, and several remixes! Click below to watch:

This song spread like a virus! Mink‘s humorous lyrics, smooth and porous flow made this song one of the biggest this year! Whenever it comes on, people do either or both of the following two things: 1-laugh 2-sing-along! Several other artistes also jumped on the beat to do their own renditions of the song like Franko and Tenor. Click below to watch:

Without a doubt La Sauce was the most significant and influential urban Camer song this year! The song topped all type of charts like Trace Africa Top 10 chart and had people dancing in different types of rhythms. It gained massive airplay all over the world, especially in Cameroon, and other neighboring central African countries like Togo, Benin, Gabon and Ivory Coast. The song has recorded over 2 million views on YouTube so far. It also gave Reniss worldwide recognition as she got featured on some major media platforms like okayafrica.com. It also caused Reniss to be nominated for several awards like AFRIMA! Click below to watch:

Do you agree with our chart? Or nah? Share you thoughts!