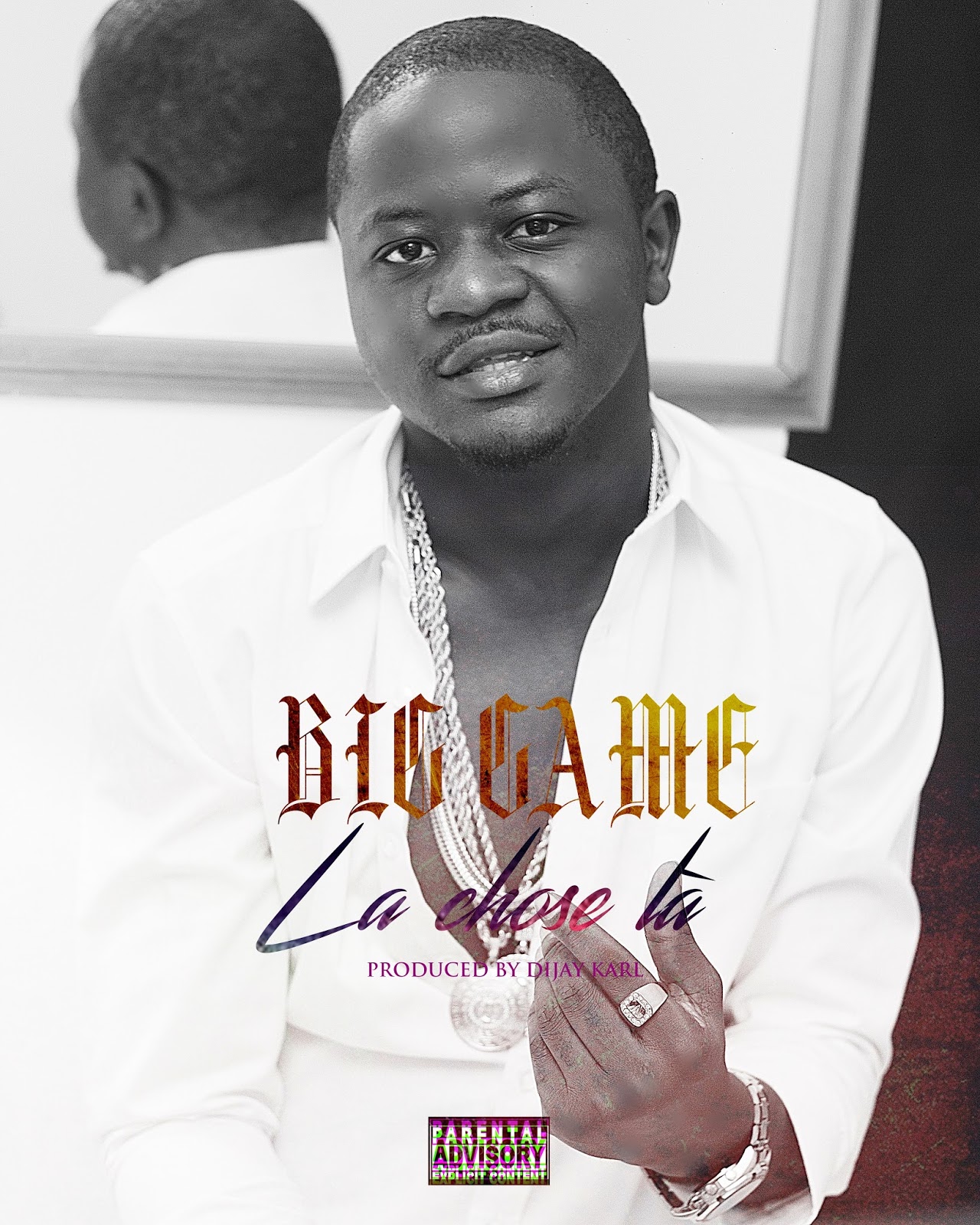 The world is about to listen to a music phenomenon called Big Game. Nsongmy Tchoufack William
A.K.A Big Game is an Afro hip hop artist, born on the 3rd of August in Bamenda, Cameroon. Like every other kid raised in the North West Region of Cameroon, Big Game started listening to local music like Makossa, Bottle dance, Njang, Mbaghalum and Bikutsi to name a few and later on to Hip Hip and R&B. At age 14, Big Game started rapping and writing lyrics at the age of 14.
“La Chose Là” is an Afro Hip-Hop song produced by Dijay Karl and sung by Big Game in different languages such as Franc-Anglais, French and Pidgin English, on instrumentation built by a fusion of different genres of music, predominantly Hip Hop and Afrobeat to form a vibe that is unique to the song.
In this song, Big Game is talking about Cameroonian women. He uses his lyrical skills to celebrate Cameroonian woman by making an in-depth analysis of some women, making references to women from different parts of the country by using real-life assertions to explain and describe what intrigues him the most about these women from the different parts of the country made mention of in the song.
From the Muslim Bamum girl who has a lot of respect for her husband and who possesses great housekeeping and family woman skills to the Bakossi girl Epolle who appeared like gold to Big Game, who immediately fell in her love nest when he set eyes on her… this song is bound to be very relatable to many who listen to it.
“La Chose Là” which means “That Thing” in French is used by Big Game to refer to that “Peculiar Thing” about a girl or woman that makes her man crave for her non-stop; from her cooking skills, caring ability, wife materialism, sex skills, ability to flaunt herself and show off her beauty (slay queens), ability to love and more.
We first saw Big Game, who is still not signed to any record label, take his music career to a professional level with the release of his 1st official single in 2015 called “La Galère Du Kamer” which created some buzz on social media.
Big Game later dropped his second single in 2016 called “La Ngah” produced by Beatballer, mixed and mastered by DJ Pazzo. His lyrical ability earned him a spot on former New Bell Music rapper Pascal’s “Work Dey 3” album credit as he contributed lyrics to the rapper’s album. In 2017 Big Game put out a 3rd single called “Chikala” also produced by Beatballer.
All three singles have had people amazed by the level of lyricism the rapper portrays on the records.
Now Big Game is back to put his permanent stamp in the music game with his highly anticipated new song “La Chose Là”, a smooth flowing rap song with catchy lyrics.
Big Game’s music is a representation of life from a less privileged person’s point of view and where he comes from. He is one of the most ambitious artists in Cameroon and his vision is to see his music hit every continent and touch every soul irrespective of sex, age or race. So let’s help him achieve this goal by sharing his music.
For Bookings and Interviews contact Seleu Hillary at Email: seleureginald@yahoo.com; Phone: +237 691384839
Click below to listen: