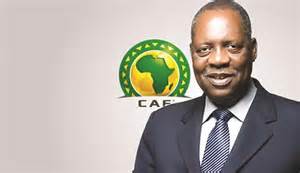 FIFA’s Ethics committee has handed Sepp Blatter(FIFA president), Michel Platini(UEFA president) and Jerome Valcke(FIFA Secretary general) a 90 Days ban, extendable by 45 days. According to FIFA constitution, 69 years Issa Hayatou, who is the president of the African Football Confederation(CAF) is due to take over as the interim president of FIFA. Issa Hayatou told fifa.com yesterday that:
“Today, amid extraordinary circumstances, I have assumed the office of FIFA President pursuant to Article 32 (6) of the FIFA Statutes. I will serve only on an interim basis. A new President will be chosen by the Extraordinary Congress on 26 February 2016. I myself will not be a candidate for that position.”
This means that he is just an interim, a new president will be elected in February next year and he will definitely not be the one because he will not be contesting for the position. Either ways we are happy that he is representing Team 237!!