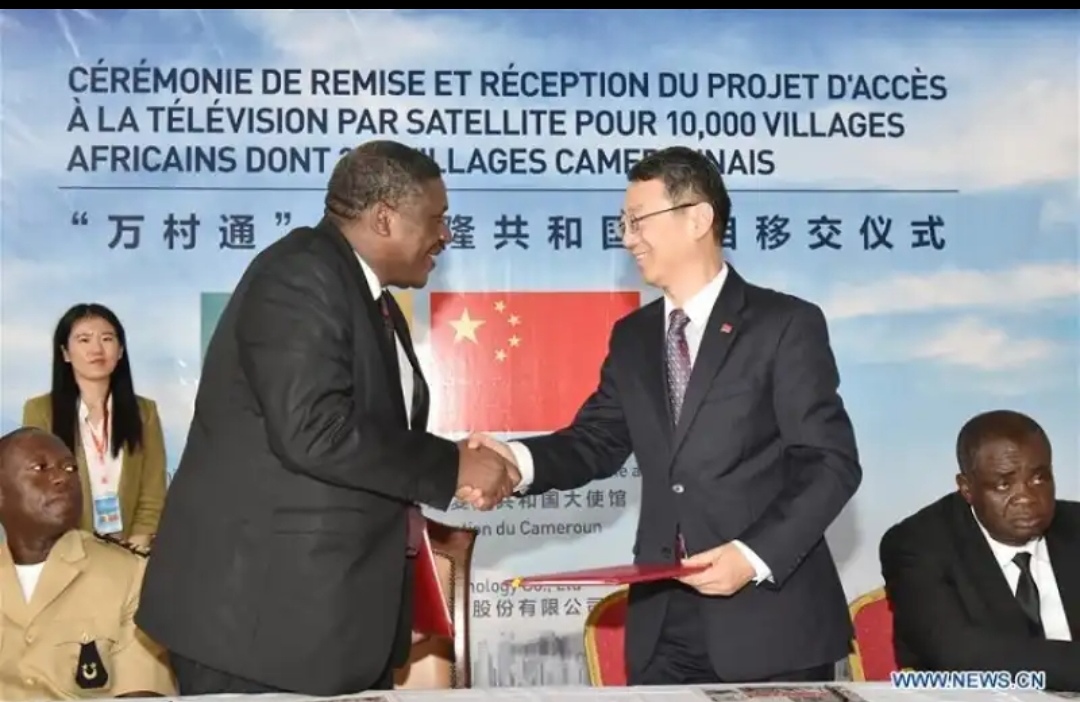 300 villages in Cameroon , nearly 6,000 homes now enjoy the benefits of satellite television. This remarkable progress is the fruit of the Sino-Cameroonian cooperation.
It is a product of the project “Access to Satellite Television for 10,000 African Villages” announced at the China-Africa Forum in Johannesburg. It is being implemented by the Chinese company; Star Times, in 20 African countries for a total cost of $ 215.87 million.
It is funded by the Chinese government.
The project was launched in Cameroon on Thursday by Wang Yi WU, the Chinese ambassador to Cameroon.
During the solemn ceremony organized for this purpose, Felix Zogo, the Secretary General of the Ministry of Communication said that each village selected for this project will benefit from two video projectors, a 32-inch digital TV, 20 decoders, 23 satellite dishes and 3 solar power systems.
In addition, 2 technicians per country have been trained to maintain the equipment. Amount of the budget mobilized by China for Cameroon within the framework of this project is 6 billion FCFA.
After a period of time that has not yet been specified, the villagers in the benefiting villages would pay a monthly sum of
1,850 FCFA for the maintenance of the devices.