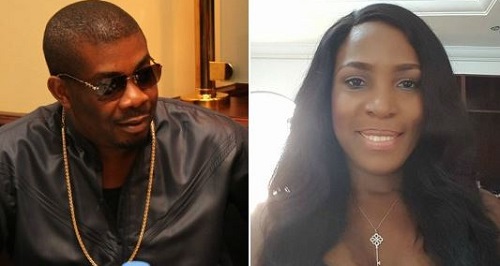 When you are a star and wish to be on social media, you really have to be careful with what you post or tweet especially when your fans expect something in particular from  you.
News has been roaming about recently that Don Jazzy the leader and producer of the famous record label “Mavins” indirectly proposed to renowned blogger Linda Ikeji on his twitter. According to fans and the public, the recent wedding of Banky W and Adesua Etomi gave a sudden urge to Don Jazzy to equally tie the knot.
On the 3rd of may at 3:31 pm, he tweeted: 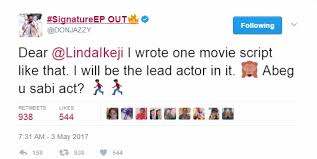 This drew a lot of attention, re-tweets, likes and even comments as fans completely interpreted  his tweet as him referring to the movie as his married life with him being the lead actor (groom) and wanting Linda to be the leading actress. (bride).
They immediately drew the conclusion that Don Jazzy was indirectly proposing to Linda.
The most interesting thing was when Linda replied to his tweet as if she was accepting to his proposal in the same language as him. Her reply was thus: 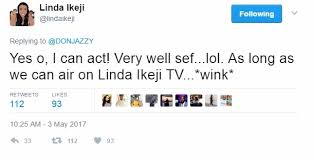 Rumors  had it in 2014 that the two had a thing going on but clarifications weren’t made as neither party addressed or debunked the claims.
What confirmed the suspicion of the public was Peter Okoye of P Square’s reply to the tweet saying that if the movie finally took place,  he Mr P was going to sponsor the wedding. 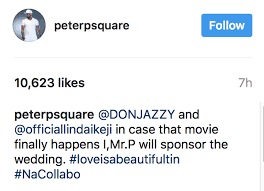 Could the public be right for interpreting the tweet as a marriage proposal? If that’s the case,  then it will definitely be a spectacular one as we all shall be informed given the level of popularity of these two.