“FESTAC Limbe goes on smoothly despite threats from secessionists”

Home » “FESTAC Limbe goes on smoothly despite threats from secessionists” 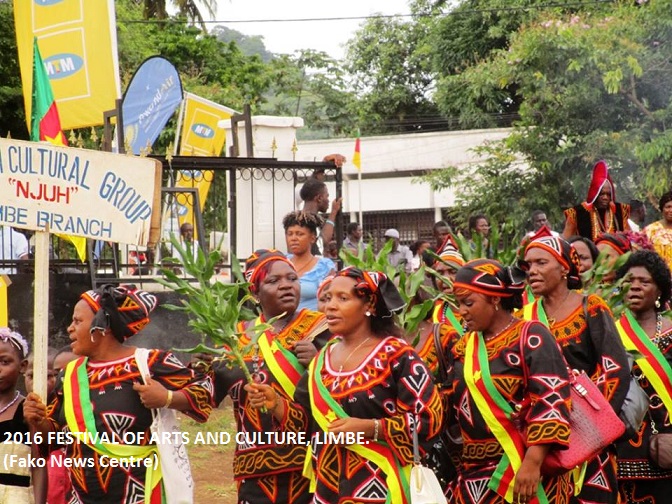 “FESTAC Limbe goes on smoothly despite threats from secessionists”
The festival of arts and culture of Limbé (Limbé FESTAC) opened  this Saturday, April 6, 2019 and it will run until April 13 in the seaside resort of Limbe, in the region of south-west of Cameroon. Bernard Okalia Bilai, South West Governor,  officially opened the festival on behalf of the government at the Limbe community field at 3 pm local time.
Before the big game, more than 3,000 inhabitants were bold and presented themselves that morning for the sporting walk Limbé FESTAC. Judging by the turnout, this year’s sports walk was even more successful than the last five editions.
“It is an eloquent testimony that Limbe and its people have conquered fear and totally support republican values,” said one of the participants.
Fébé Limbé, now in its sixth edition this year, is a celebration of Cameroon’s rich cultural heritage, a show of its unity in diversity. Since 2014, the festival brings together lovers of culture from all over Cameroon, as well as delegations from other African countries