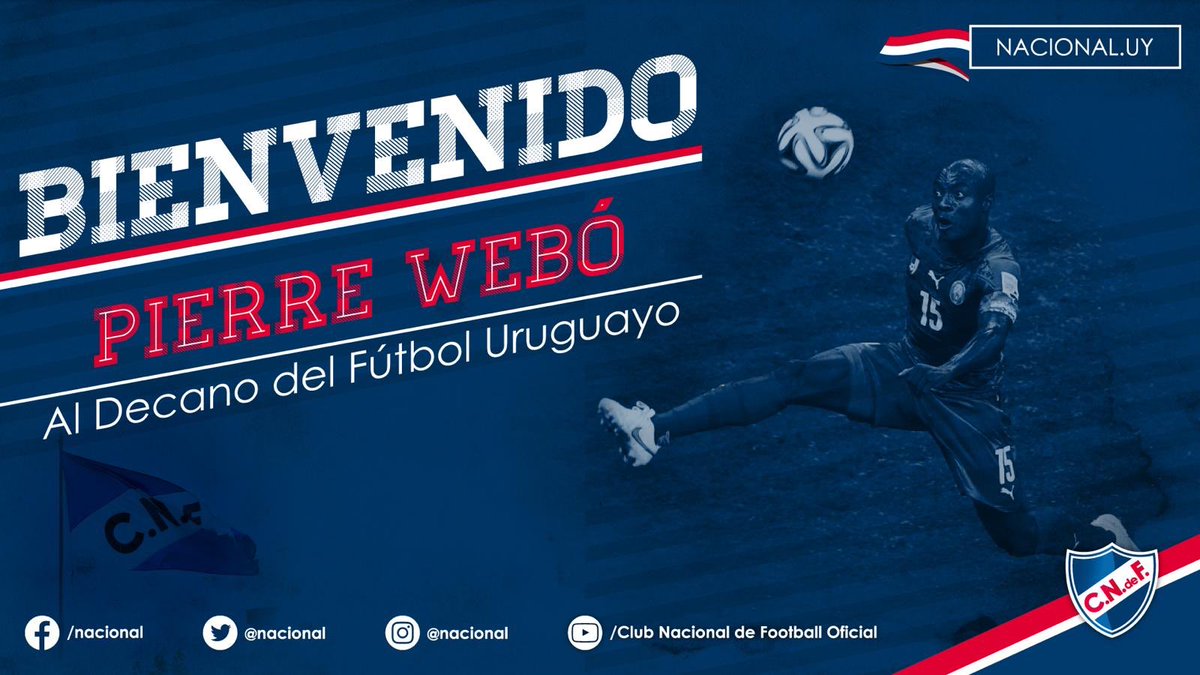 He won league titles with Nacional in 2001 and 2002, and emerged joint-top scorer with four goals in the 2002 Copa Sudamericana, one of South America’s biggest club competitions.

The 36-year-old left Nacional for Spanish outfit Osasuna in 2002.

“This place always has a special place in my heart,” said Webo.

He went on to spend eight years in Spain – including spells at Leganes and Mallorca – before moving to Turkey’s Istanbul Ba?ak?ehir in 2011.

He also played for Osmanlispor and Gazi?ehir before aagreeing to a return to South America.

The forward was capped 58 times by Cameroon, scoring 18 goals for them, he played for the Indomitable Lions at the 2010 and 2014 World Cups and in two Africa Cup of Nations.