If you are considering marriage, you need this type of therapy :

Home » If you are considering marriage, you need this type of therapy : 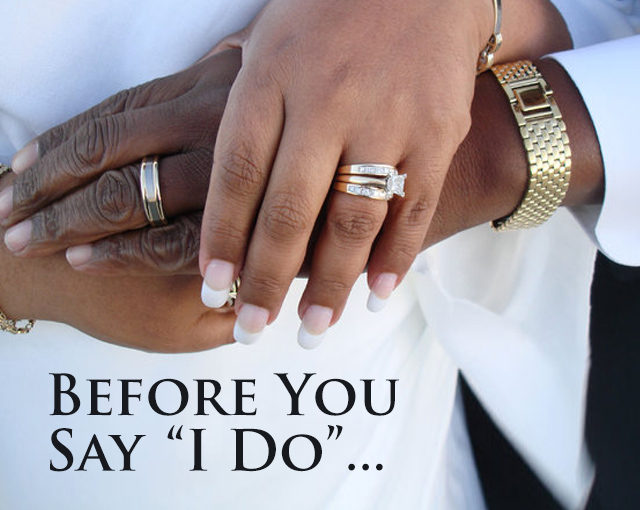 
Story 2:
“I loved every minute of our coaching experience!  Our coaches were able to provide us with the insights of what marriage is about. All this information made me and my fiancé feel closer together. It also helped us to see what the other partner was going through when dealing with the same situation. Just an eye opener! I was not able to communicate on a very close level to my fiancé. I was afraid to tell him some things. I didn’t feel that he would understand it or just would get mad at me.  After going through a couple of sessions, that improved greatly! I personally feel more open with my fiancé. I learned that a man’s thinking process and decision making process is totally different from a woman’s. I learned that when there are misunderstandings, it’s not because my fiancé stopped loving me. It’s just he as a man has a different perspective.”