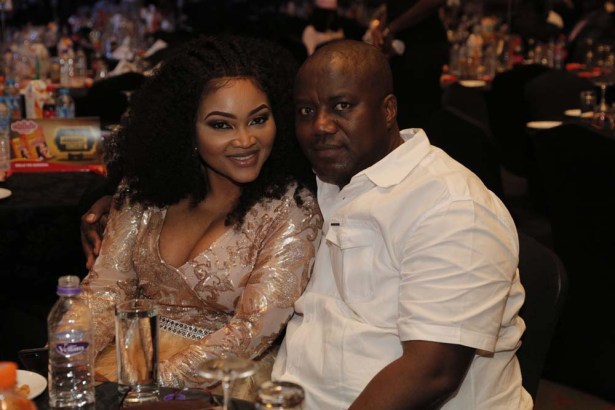 Larry in an interview with BON ONLINE denies these claims made against him by his spouse implying that his wife has psychiatric problems and is merely using her actions as antics to leave him and live a  free life as a single woman..

During the interview that took place Wednesday morning,, Larry said “Mercy has mental issues and i am the one who knows how many places we’ve been to so she can remain stable. I have papers to prove these.”

The husband made this statement without showing any sign of remorse and the tone of his voice sounded like that of a tolerant husband who has had enough of his wife’s bad behavior in their 7 years of marriage.

According to Larry and contrary to the case Mercy filed in court against him, it was rather his wife and her friends who ganged up and attacked him in their Luminee house not even giving him a chance to defend himself. He precised in the interview that Mercy personally hit him with a stool.

Lary also exposed that he has tried everything to help his wife and have tolerated her for past 7 years taking into consideration his love for her.

During the interview, Larry also exposed Mercy’s numerous affairs stating an example of her presumed China trip last year. He said his wife made that up to go and spend a week with another man in a hotel room in Dubai.

He presented proof of his allegations by showing her conversation with the man on whats app in which she was demanding dollars from him.

He said “When I confronted my wife, she said she only wanted to collect money from him – a married woman!!! But I discovered that it was the same man that paid for the Magodo house she just moved to”.

When asked why he hasn’t sort solution with his in laws (Mercy’s parents), He replied that she has no regards for her parents.

Comments on articles  by her close friends and people who know her so well confirm Larry’s accusations of her being a prostitute and having no regards for her parents.

Larry ended the chat by saying he understands his wife’s antics too well and  that her wish is to be free and live the life of a single woman. He went further to say he has deposited an advance sum of 8 million naira for the purchase of a 16million naira worth Range Rover for her 40th birthday and that he has tolerated her for 7 years and no longer thinks he can take it again.

He equally claims of not knowing his wife’s whereabouts as of the moment of the interview.