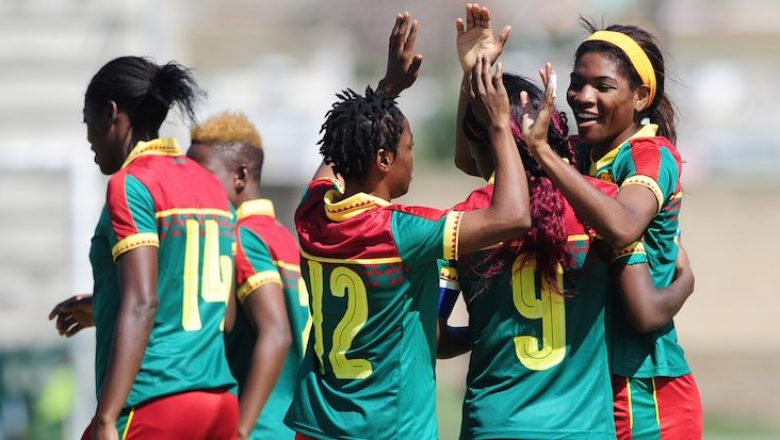 Mpeh Bissong scored a hat-trick as Cameroon showed their potential with a 8-1 victory over Mozambique on Thursday in their Group B opener in day two of the 2018 COSAFA Women’s Championship in Nelson Mandela Bay.

The Lionesses are the highest ranked team in the competition and showed all their quality in the rout, which will come as a timely reminder to their rivals that they are in South Africa to lift the trophy.

Raissa Mbappe got the scoring under way early and later added a second for her brace, but Bissong stole the show with a quality treble that showed her clinical finishing in front of goal.

It was the first hat-trick of the COSAFA Women’s Championship and the biggest win of the tournament so far as Cameroon also netted through Abena Ninon, Charlene Meyong and Agnes Nkada.

“It was a good match for us,” Cameroon coach Joseph Ndoko said, before adding praise for Mozambique despite the scoreline. “I was very impressed with them, it shows that many other African countries are improving.

“We showed good mental strength, which we will need when we go to the African Women’s Championship [in November]. We told our players in the pre-match meeting we wanted them to send a strong message about our ability for the remaining matches, even though we take them step-by-step.”

Meanwhile,  Zambia cruised to a 2-0 victory over Lesotho in the other match in Group B.