35 political parties retained for the Municipal & Legislative elections, CPDM wins by forfeiture in some constituencies in the SW.

Home » 35 political parties retained for the Municipal & Legislative elections, CPDM wins by forfeiture in some constituencies in the SW. 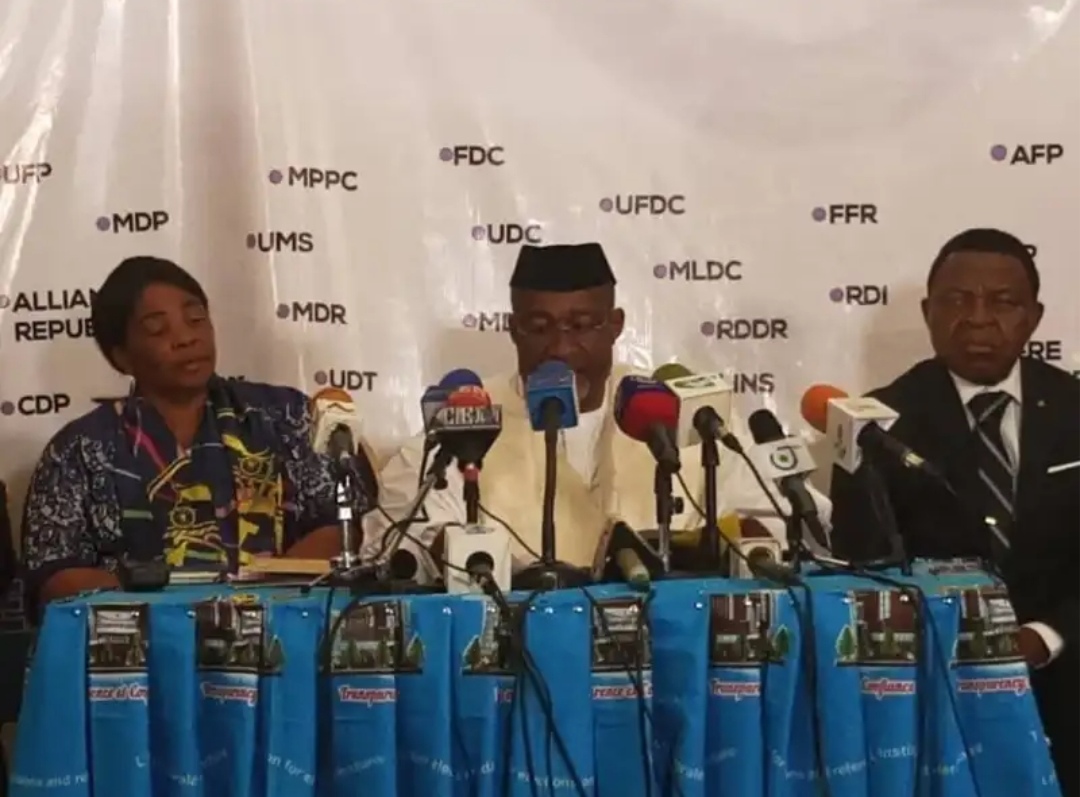 Launched on November 30th, 2019, the examination of candidatures by the Electoral Council of ELECAM ended on Monday, December 09, 2019. Of the 470 lists presented by 35 political parties, the Electoral Council validated 451 lists.
The CPDM, the SDF and the UNDP, the PCRN of Cabral Libii, the PADDEC of Jean de Dieu MOMO, the FSNC of Issa Tchiroma, UNIVERS of Nkou Mvondo and several others will be in competition for the Municipal and Legislative elections of February 9th. 320 municipalities and 180 seats at the Parliament are at stake.
ELECAM made this information public during a conference in Yaounde on Monday evening.
In the North West and South West regions, there is a tough battle between the ruling party, CPDM and the Social Democratic Front, SDF.
Some constituencies in Ndian, Kupe Muanengouba and Donga-Mantung, have already seen the CPDM win by forfeiture.
Municipal and Legislative elections will take place on the 9th of February 2020, despite all calls for a boycott.
See the retained lists: 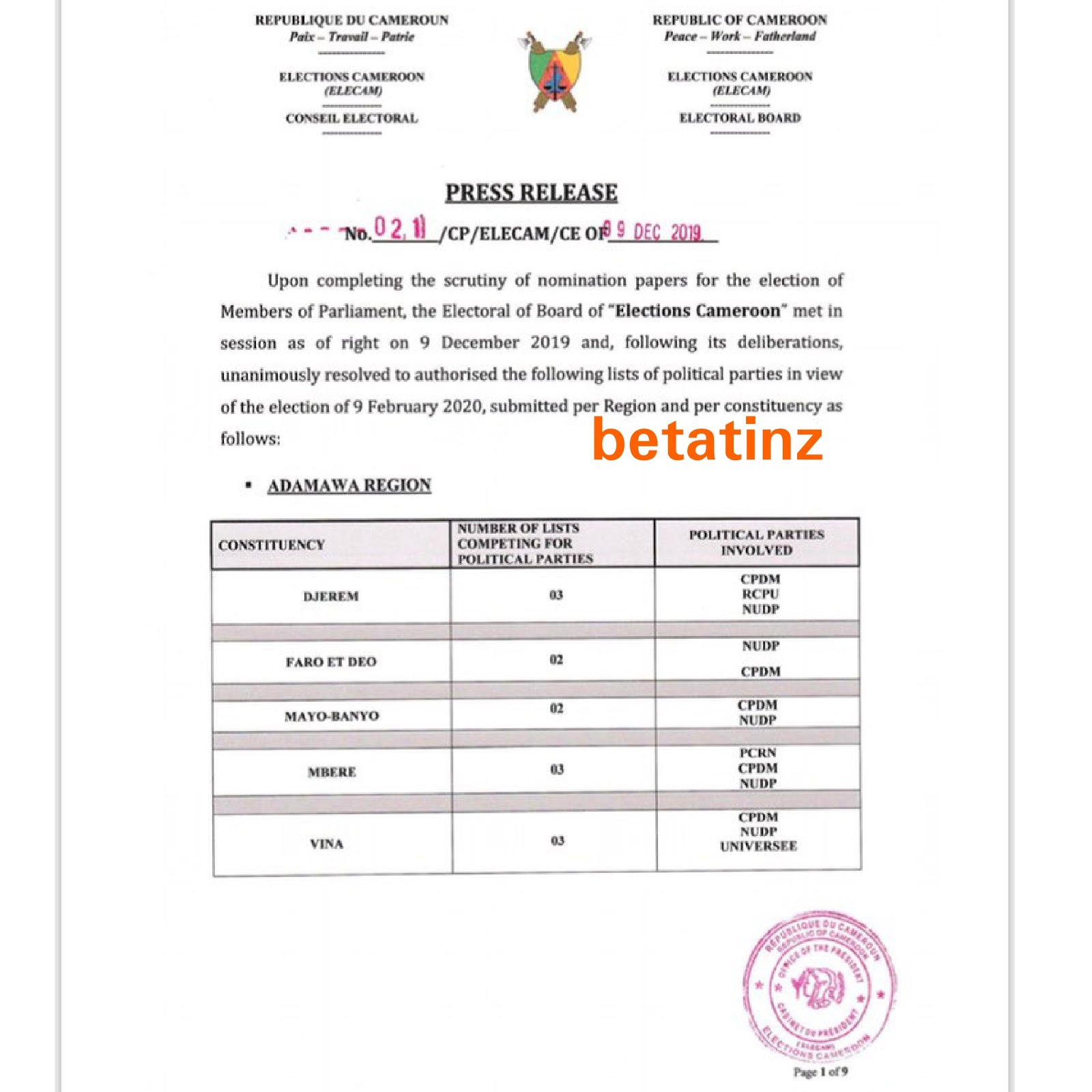 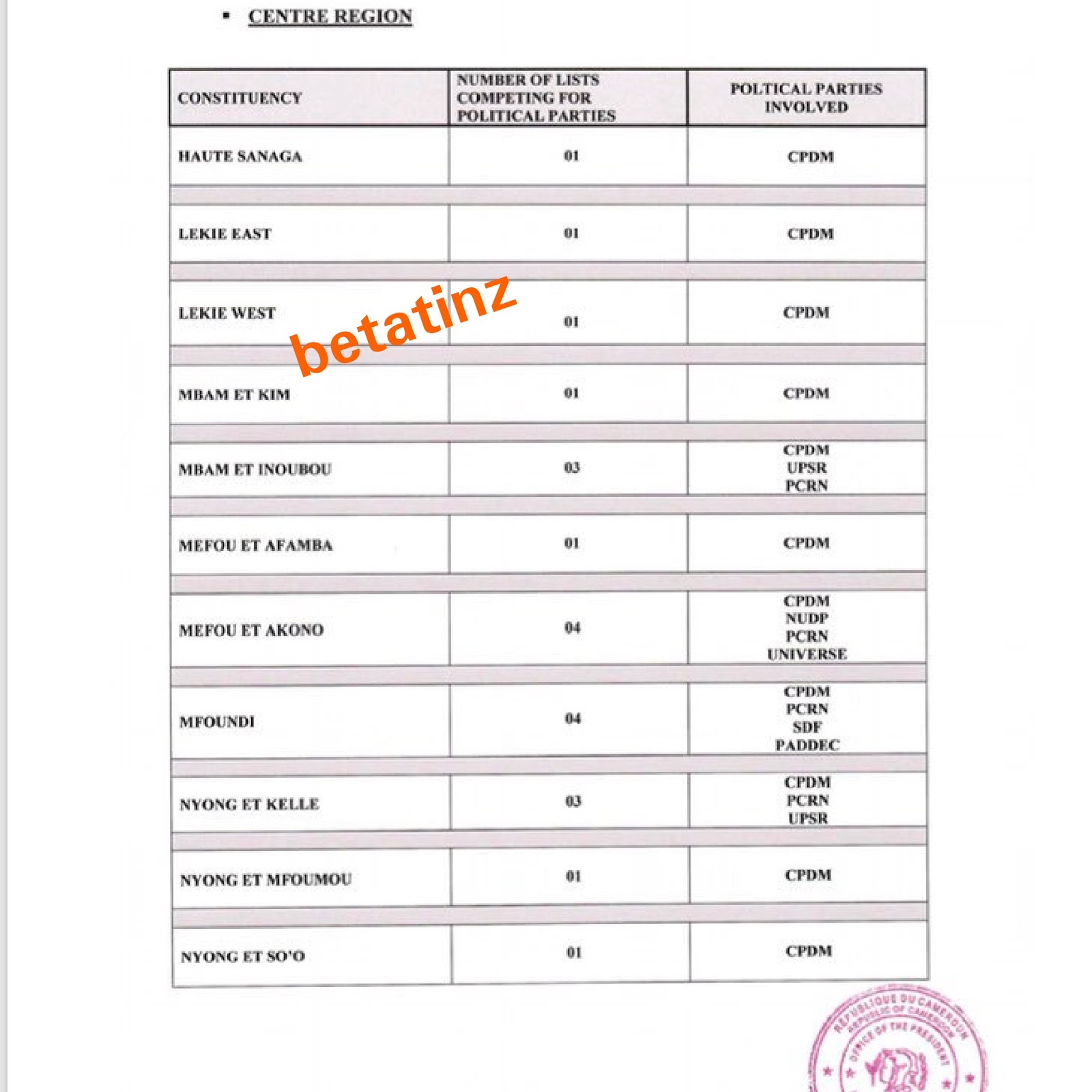 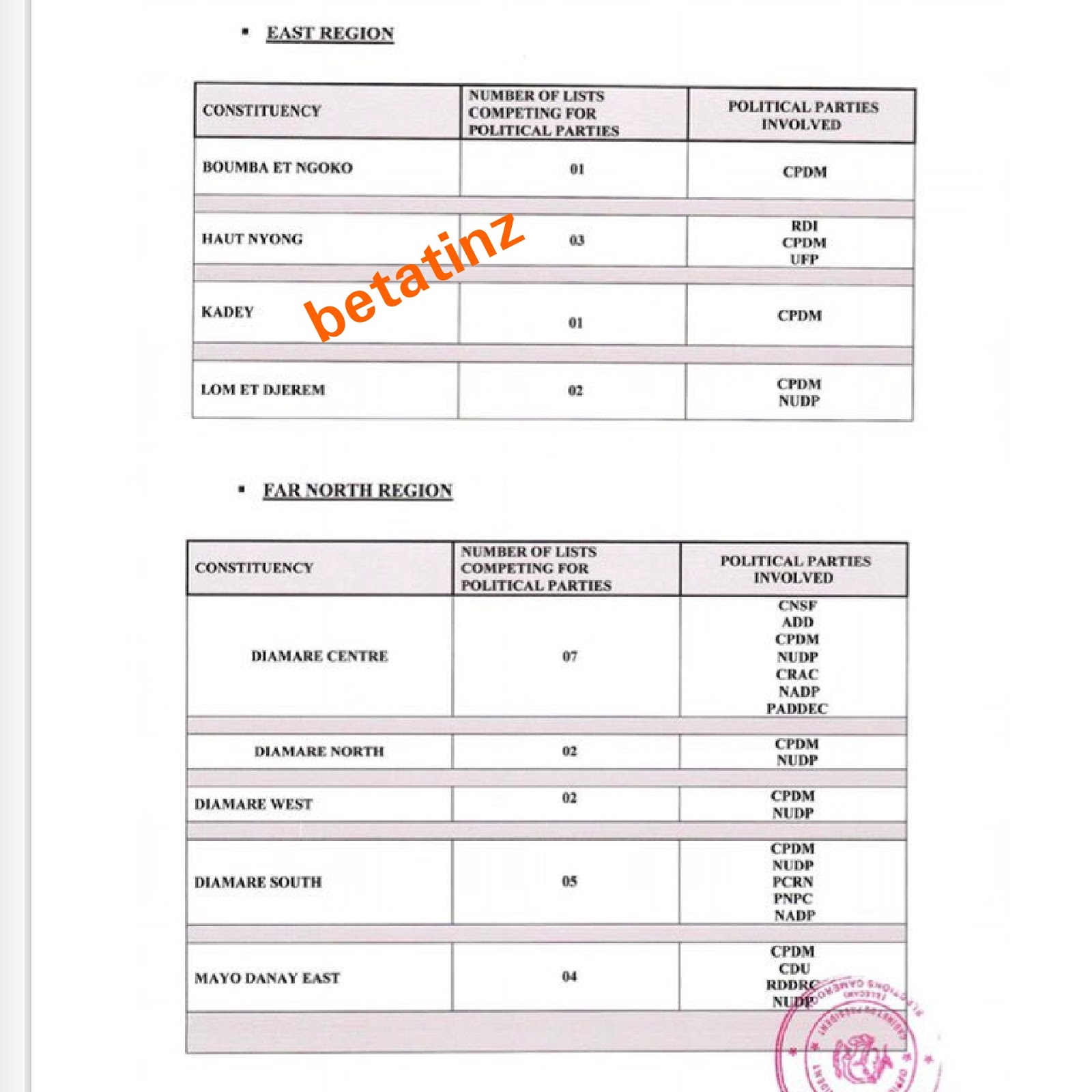 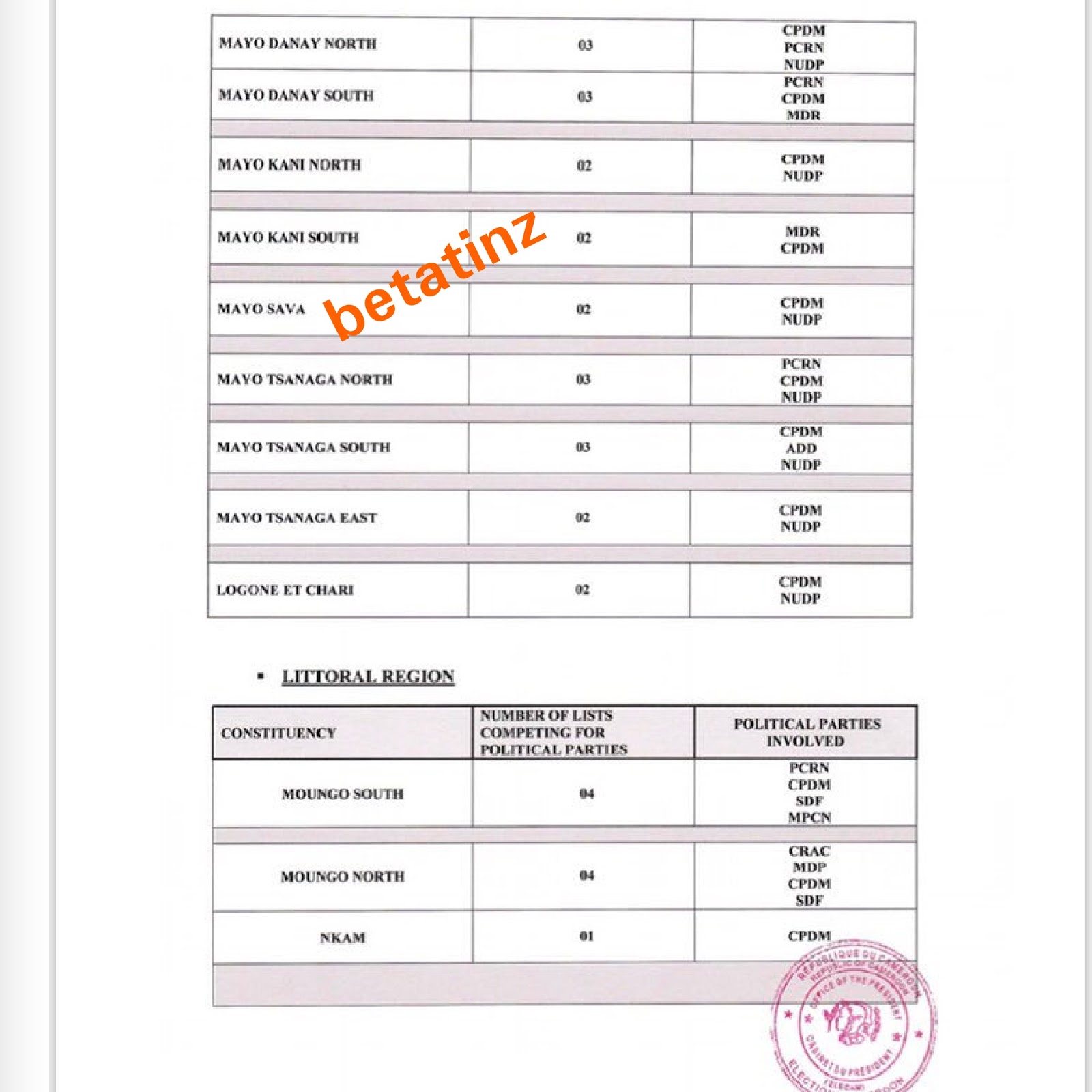 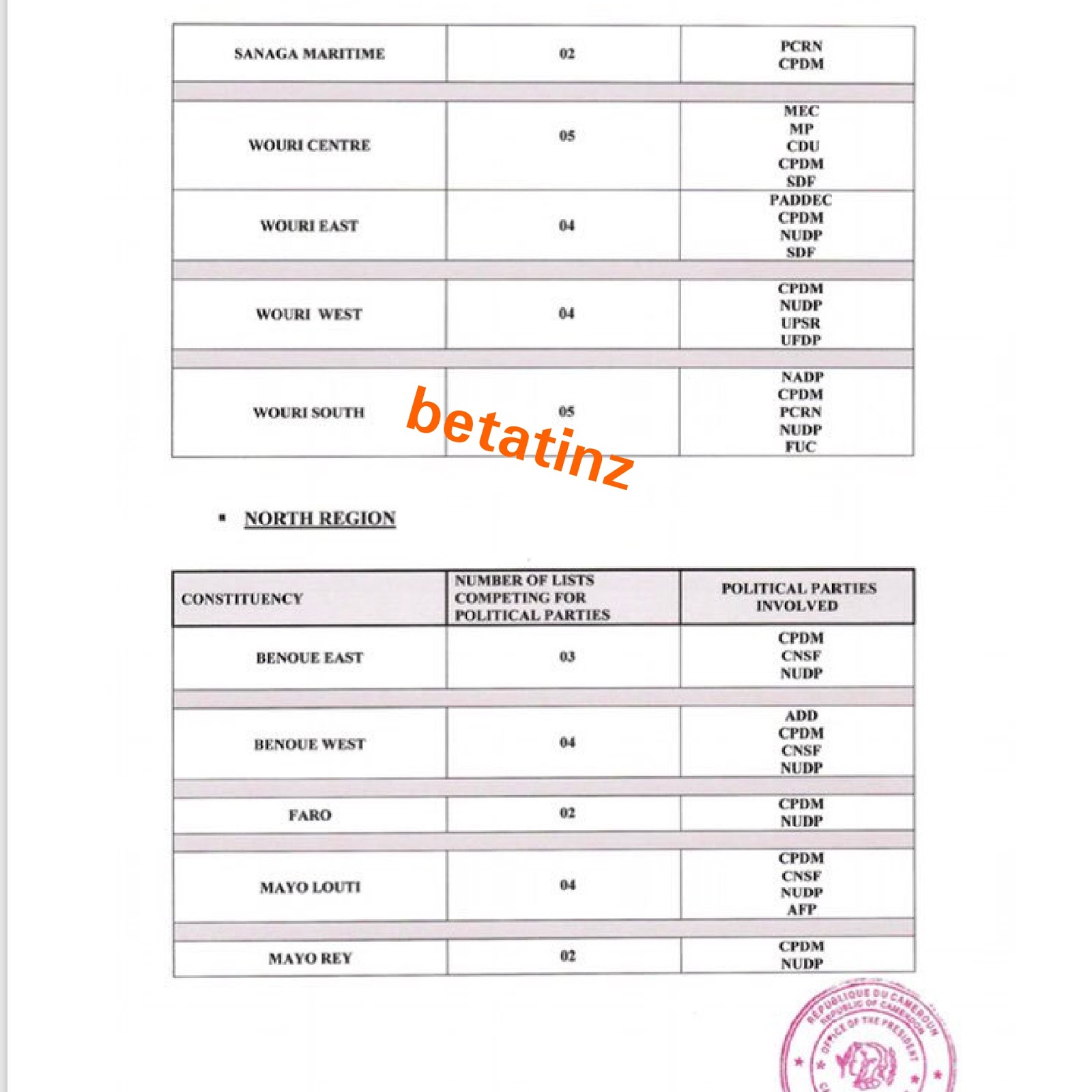 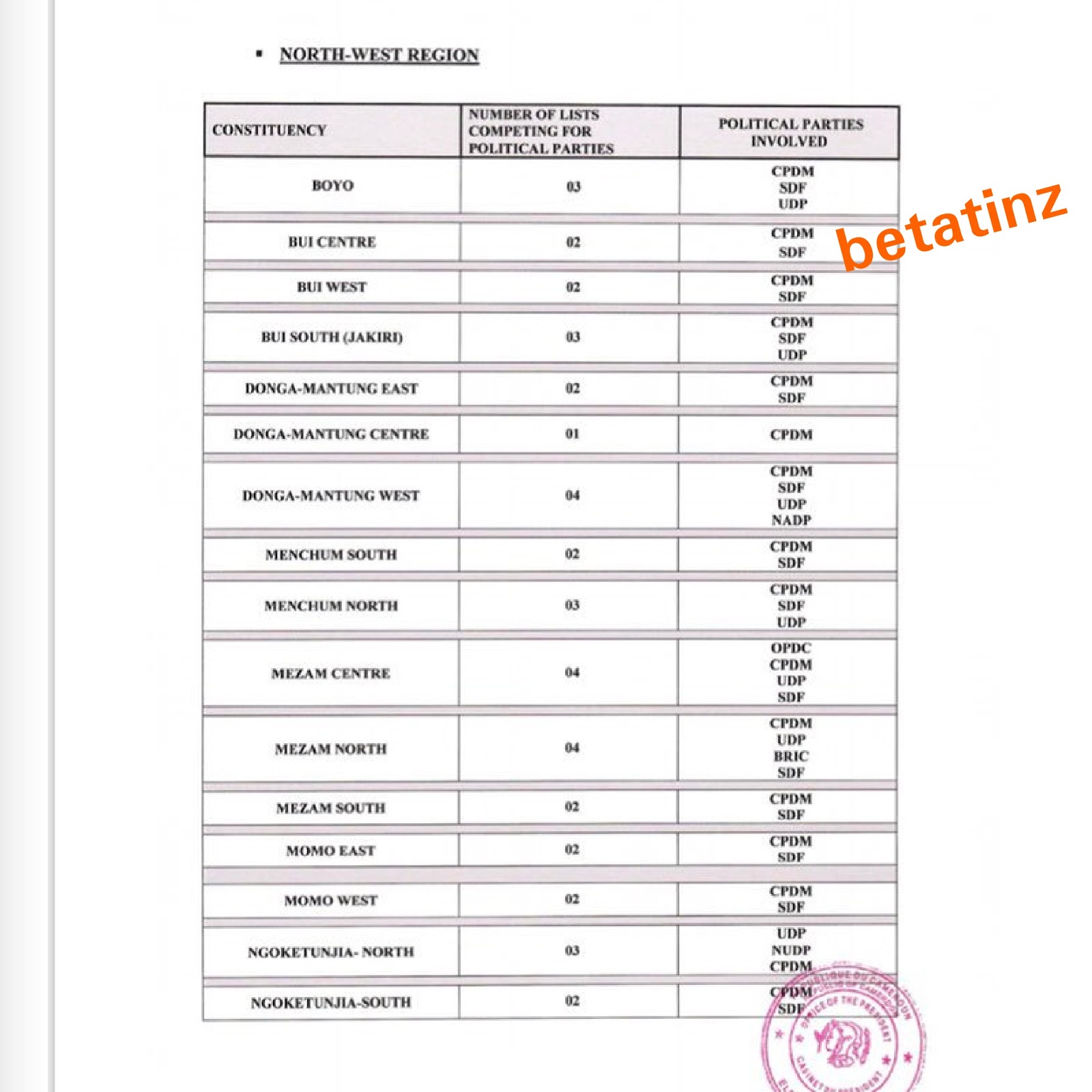 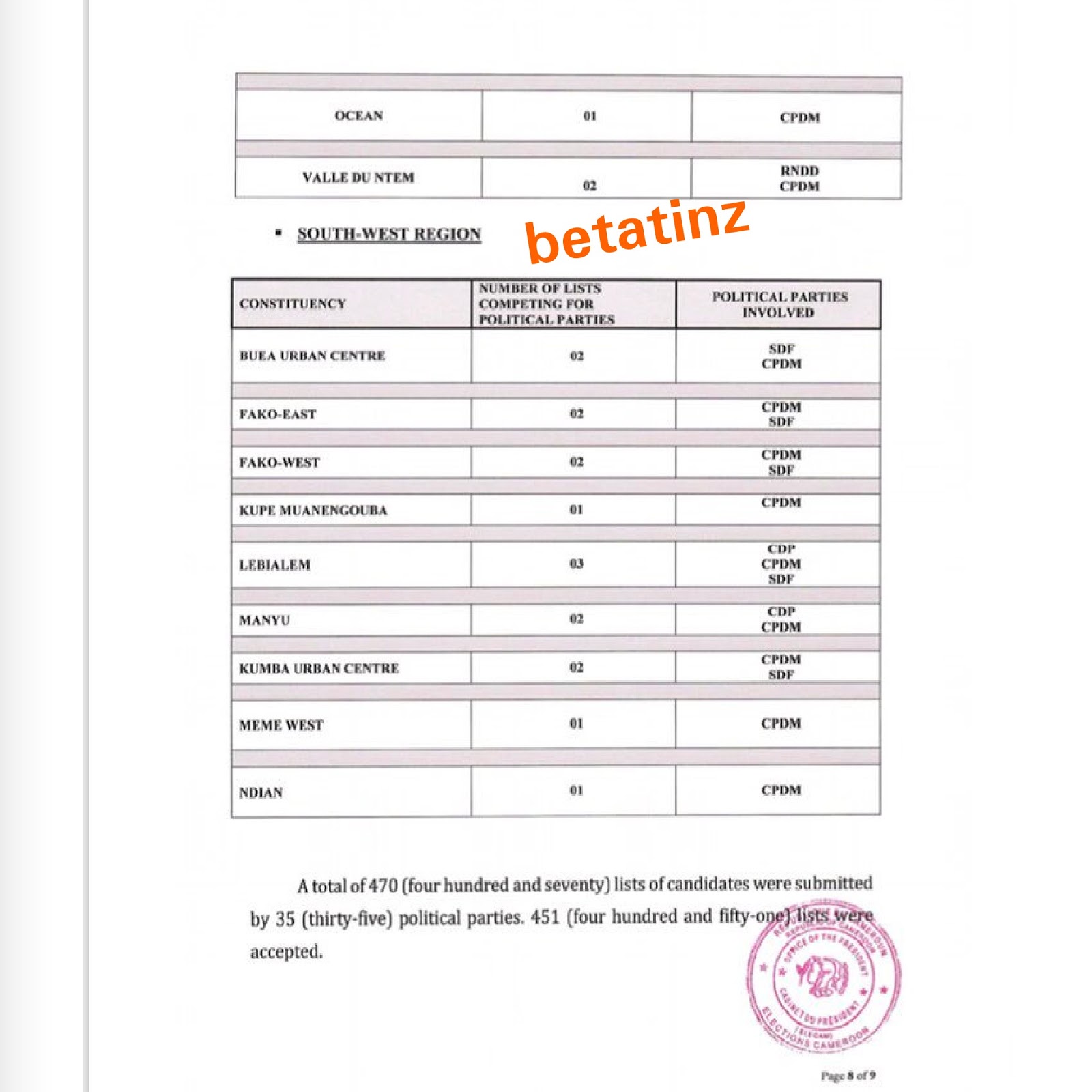 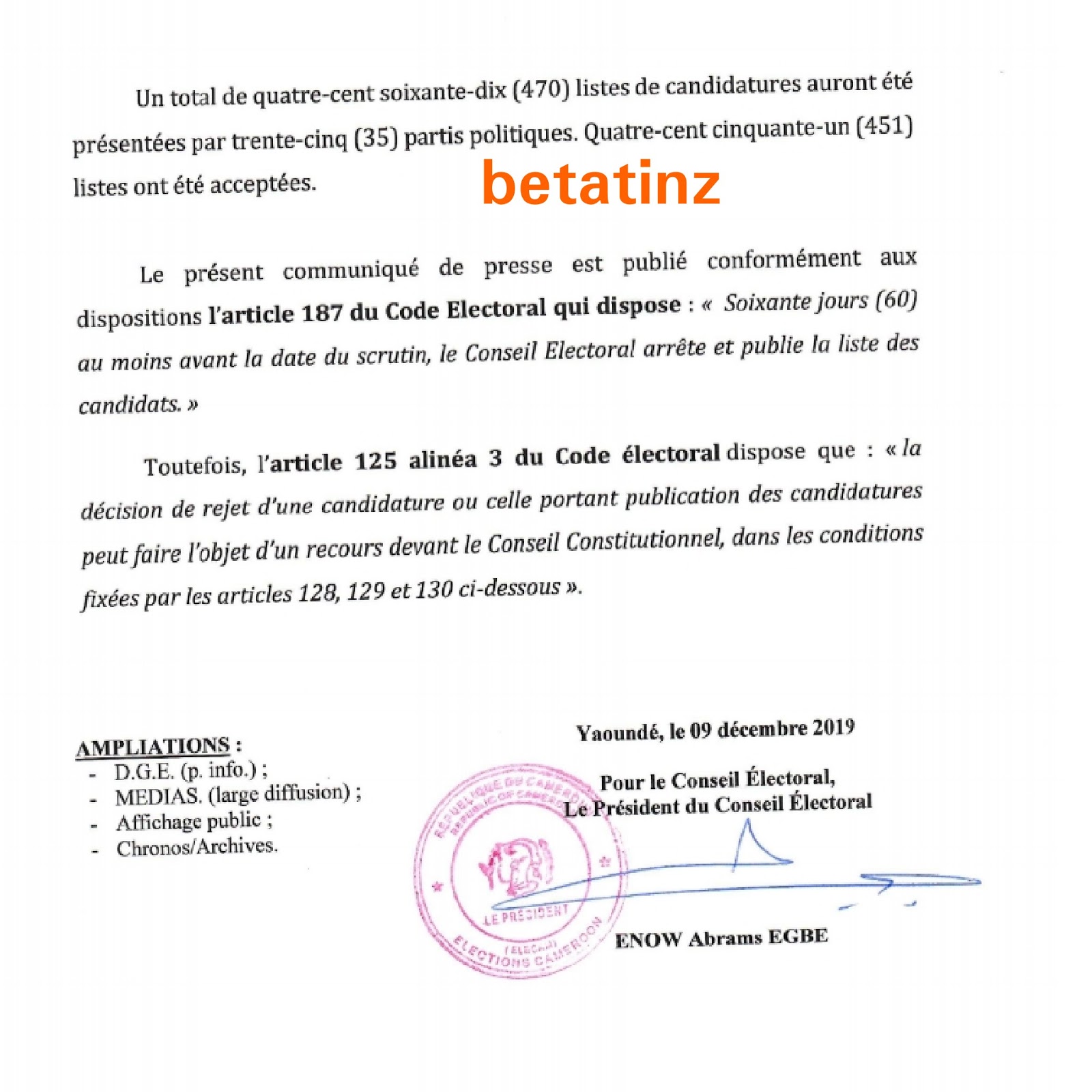