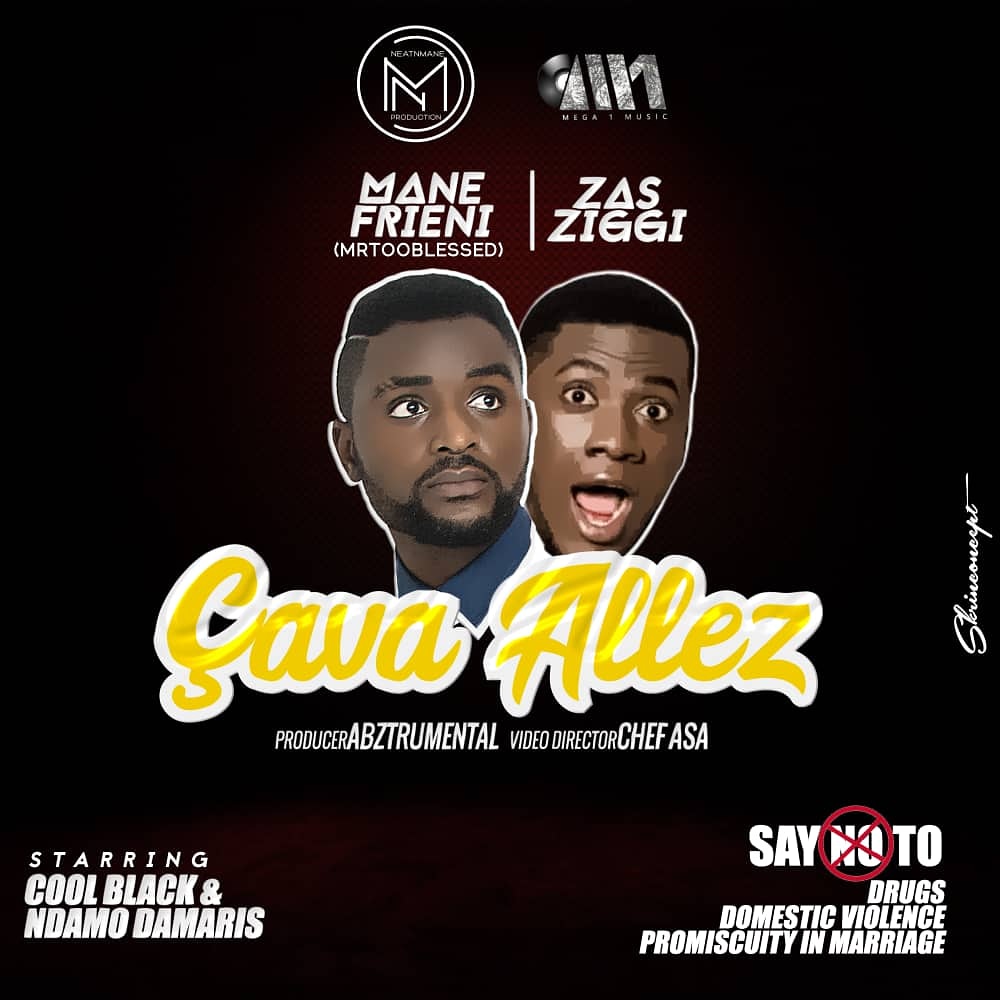 Manefrieni S.N Agwenjang aka Manefrieni aka Mr Too Blessed is a limbe based entertainer/business man who has been in the entertainment scene in Cameroon for almost two decades.
He is the CEO of NEAT N MANE Production. He started at a very tender age as a producer/actor, doing movies before he got into music where he took the backseat role of managing and producing artist.
In 2016, he decided to take up the Challenge of being an artist himself while still co-managing and producing others.
He has many amazing songs in his locker, mostly collaborations such as Too Blessed featuring Ewube and Brizzy Mane and the Mega hit Mbappe Namondo featuring the Lyrical Magician Vivid.
He just dropped a new Jam titled Ça va aller featuring Zas Ziggi. The song is a campaign against drug abuse, domestic violence and promiscuity in Marriages. Click below to watch and enjoy: