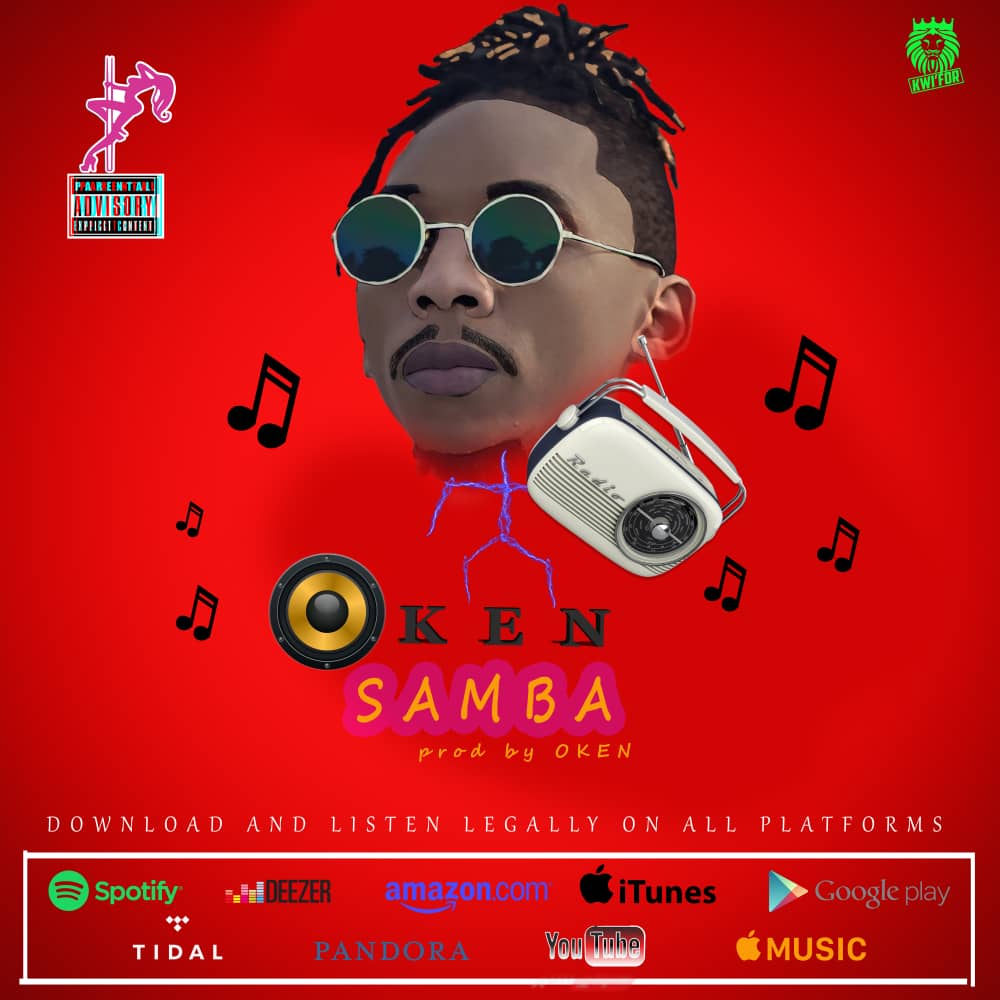 Kwi’For Media is proud to release the official video to Samba by its headline act OKEN. Samba; which translates to Hero in the Nkambe dialect, is his second official single behind ‘Dis Moi’ since he got signed to Kwi’For Media in November. Prior to that he released a series of covers to Mr Leo’s ‘On se connait pa’, and Kiss Daniel ft Davido’s ‘One ticket.’
Samba (Hero) was produced by OKEN and Bakala. It is a fusion of Dancehall overtone, spiced with Hip Hop’s 808 baseline, trailed on a Bakweri ‘Lingombi’ cadence.
In his versatile nature, OKEN interchanges his style from pidgin to Jamaican patois with harmonizing inspiration from his Wimbum background.
The street-party-themed video which was shot and Directed by UnlimitedBK and Wung Kum, follows a narrative surrounding the rescue of a “damsel in distress” from the hands of a ‘quartier grand frère. ‘
This street rescue transitions into a colorful club scene that coronates the musical character of the song. Click below to watch and enjoy :

Check out his other releases: