Pastor Chris Okotie Receives Criticisms From The Public As He Refers To Prophet TB Joshua As An Impostor.

Home » Pastor Chris Okotie Receives Criticisms From The Public As He Refers To Prophet TB Joshua As An Impostor. 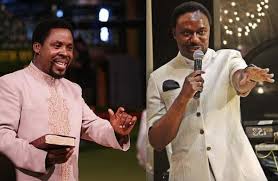 The recent decision of the most renowned prophet TB Joshua to transfer his SCOAN ministry to Israel has caused a lot of fusion in Nigeria as many people including the Federal Government showed concerned about him leaving while others criticized his decision.

The most remarkable of  criticisms is that of his “rival” Pastor Chris Okotie who shared a link on his official facebook page referring to TB Joshua as an impostor.

During his sunday service on the 30th of April After his visit to Israel, the prophet announced to his congregation that he will be relocating his ministry to Israel.

He went ahead to say that his purpose for relocating is because his ministry receives the highest of criticisms and judgement despite his immense contribution to the economy.

The Federal Government of Nigeria appealed to the man of God to reconsider his decision in the defense that their economy will be greatly affected if the ministry is moved.

His rival Pastor Chris Okotie happened to stumble on
the blog post Relocation Saga: Our economy will be affected if you move, FG begs T.B. Joshua  which he shared on his official page Chris Okotie and commented on it referring to TB Joshua as an impostor

His words;  Joshua is an impostor. He is controlled by a malevolent misanthropic spirit. His hypocritical jeremiad should be ignored. He is just another frustrated shaman seeking public sympathy.

Screenshots of the post and comments are seen below; 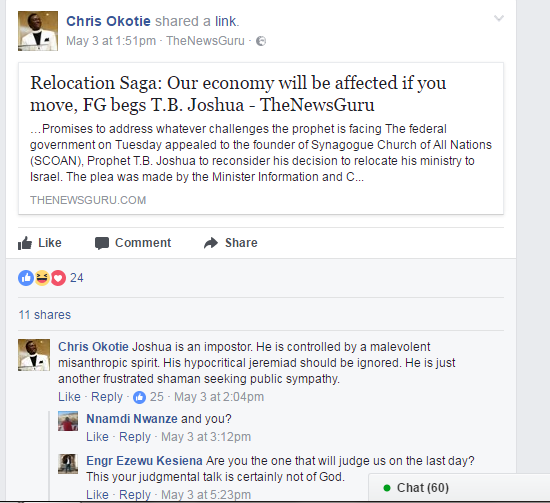 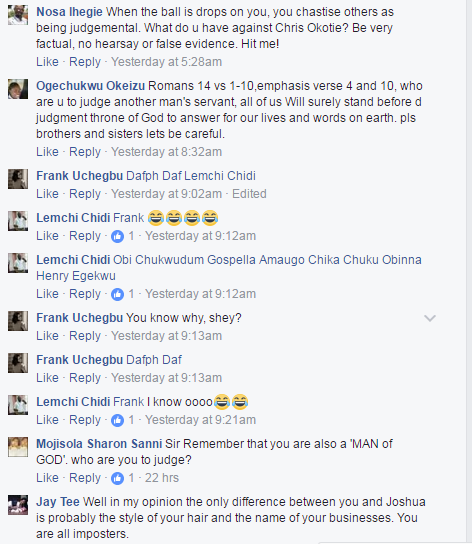 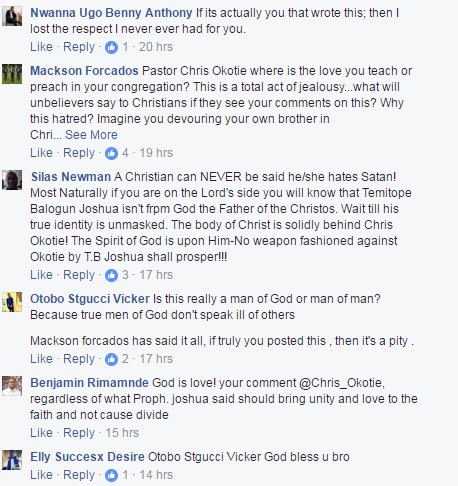