“Our goal remains to become an emerging economy by 2035…” – Paul Biya, check out his end of year speech here:

Home » “Our goal remains to become an emerging economy by 2035…” – Paul Biya, check out his end of year speech here: 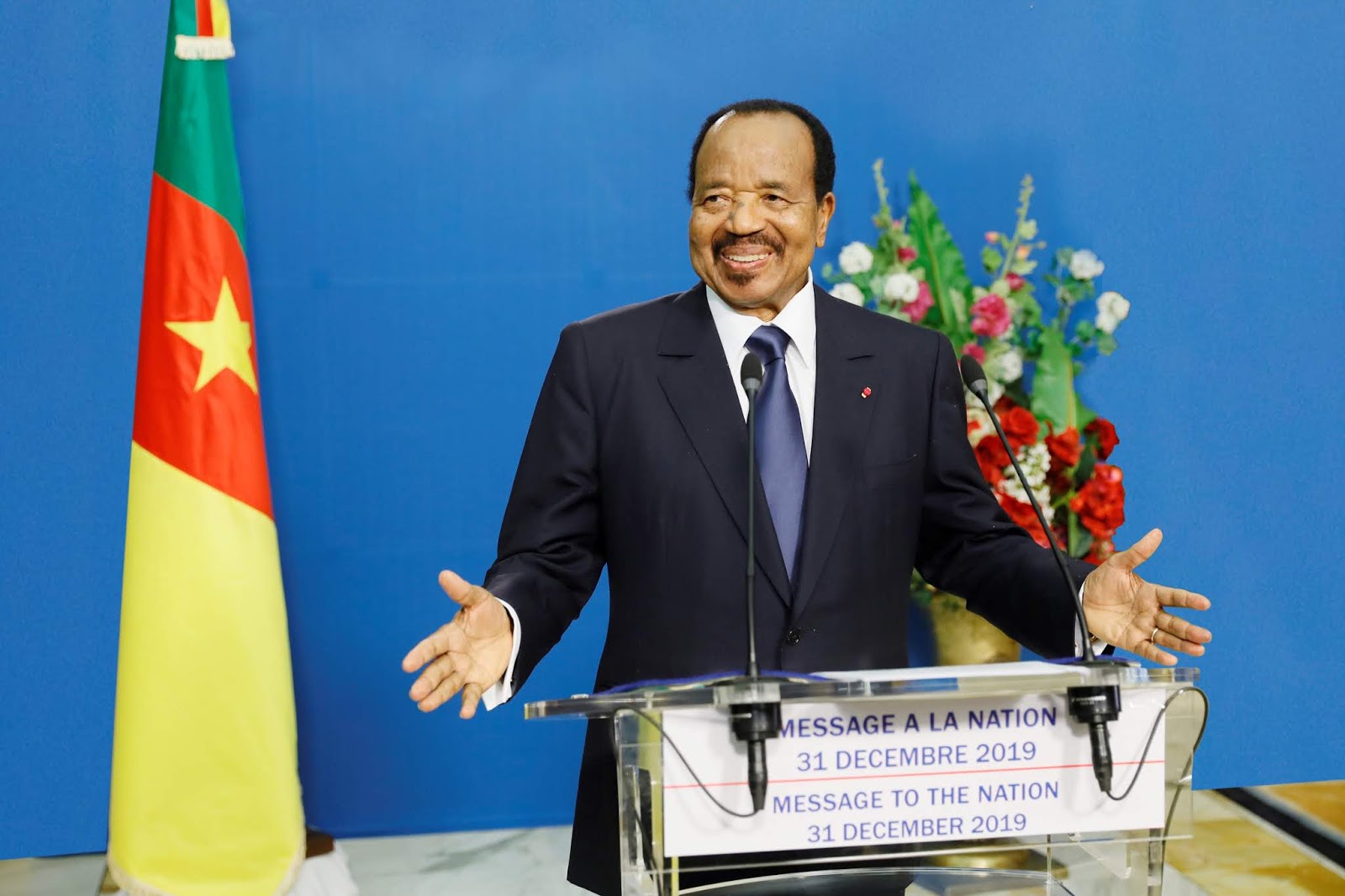 President Paul Biya addressed the nation at 8PM today December 31st 2019 and this is a résumé of his 2019 end of year speech:
“Our goal remains to become an emerging economy by 2035…we may need to redouble our efforts to maintain our country on the path of sustainable economic recovery. I believe we can do it.”


“… the security situation in the North-West and South-West Regions… Without a doubt, this is one of the most urgent problems at the moment.”


“The criminal activities of armed groups continue to disrupt public, economic, and social life in these regions, yet various measures have been taken in recent months to reason with these youths, most of who have been brainwashed.”


“They have been called upon to lay down their weapons, and social reintegration prospects have been offered them.”


“For those who persist in going down the wrong road and continue to use violence, we will have no other choice than to combat them in order to protect all our fellow citizens.”


“Our Defence and Security Forces will, once again, perform their duty with restraint, but without weakness. I wish to reassure them of my full support and high esteem.”


“The “Major Dialogue”, which was preceded, as I indicated, by various peace offers to the insurgents, accompanied by the release of hundreds of detainees… It brought together a wide array of représentatives of Cameroon’s civil society.”


“Today, I wish to thank all those who kindly participated in the dialogue, and congratulate its organizers, in particular the Prime Minister, Head of Government.”


“It seemed to me that for participants, this marked a great opportunity for communion whereby they expressed their attachment to peace and national unity.”


“I noted with satisfaction that all Cameroonians welcomed many of the proposals made during the Major National Dialogue.”


“…a bill on the promotion of bilingualism and multiculturalism was passed by the National Assembly and the Senate. It provides for equal use of English and French in all our public institutions.”


“I am convinced that the effective implementation of this law will strengthen our country’s bilingual nature.”


“Our Members of the National Assembly and our Senators passed a law with decisive breakthroughs in our decentralization process, notably regarding the status of local elected officials.”


“Members of the National Assembly and our Senators passed a law with decisive breakthroughs in our decentralization process, notably regarding… the functioning of local assemblies and the allocation of additional, substantial financial resources to regions.”


“Concerning social progress, our objective remains to improve the living conditions of our fellow citizens and, ultimately, eradicate poverty.”


“In any case, note that the efforts made over the last few years in this domain will be continued and, if possible, stepped up.”


“Regarding our economic growth, I think I can safely say that it is fairly satisfactory, albeit constrained by an uncertain global context, among other things.”


“Our growth has picked up again, inflation is under control, budget and external deficits are contained and our public debt remains sustainable.”


“I wish to avail myself of this opportunity to thank our foreign partners, including the IMF which I have already mentioned, the World Bank, the African Development Bank & the French Development Agency, for their budget support & assistance to our structural reforms.”


“As you can see, a new Cameroon is taking shape; a Cameroon that is adapted to present times and looks to the future.”