Home » Race for the Unity Palace: Where are candidates campaigning today? 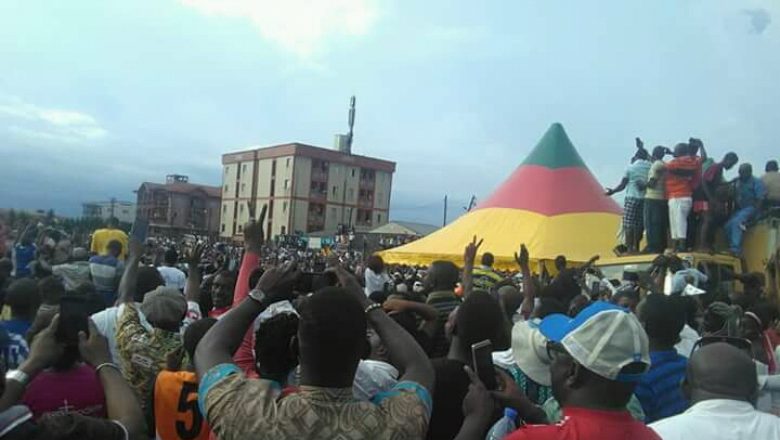 The 2018 presidential election is around the corner and campaign fever is truly up and hot as the various candidates drew crowds in various cities across the country during the weekend.

The drama is set to continue this week, and below is the full Monday campaign schedule for all candidates.

The CPDM party is holding a departmental coordinating commission meeting to come up with campaign strategies in the Mayo Rey at the party’s headquarter in Tcholiré. The meeting began at 10 am and will be followed by the launch of Paul Biya’s book ‘Communal Liberalism’ in Garoua. Meanwhile in Yaounde, CPDM campaign gadgets will be distributed to the various campaign teams .at the Yaounde Conference Centre. In the diaspora, members of the CPDM France section bureau will hold an enlarged meeting with those in Belgium.

Another marathon day for Cabral Libii

The flag bearer of the Univers party would be buoyed by the turn out yesterday at the Stade Cicam for the launch of his campaign and would take that into a busy day today. His rally scheduled for 10 am this morning is  underway in Nkongsamba. He will later move to Bafang for another rally at 2pm, before concluding his day in Dschang with another rally by 5pm.

After Cabral Libii yesterday at the Stade Cicam, it will be the turn of the MCNC candidate Ndifor Afanwi Franklin to storm the ground today for a mega rally after launching his campaign at the weekend in the Mungo Division. He will later tour the city of Douala with bikes to commune with the population.

The flag bearer of the Popular Front for Development Akere Muna will follow up from his convention on Saturday by holding a press conference today at his party’s headquarter to unveil his campaign schedule.

Matomba in Centre and Littoral regions

The flag bearer of the PURS party Serge Espoir Matomba is holding a rally in Bonaberi before taking off for the Centre region where he will hold meetings in Bafia, Bokito and Ndikinimeki to convince the population of his vision on supporting small and medium sized enterprises in Cameroon.

The candidate of the Alliance for Democracy and Development, Garga Haman Adji will take his campaign team to the Littoral region where he will sell his humanist capital policy to the population of the economic capital.

The flag bearer of the Cameroon Democratic Union Adamou Ndam Njoya will mobilise his team today ahead of the launching of his campaign in Foumban on Tuesday. He has already sent campaign materials to his team in Yaounde which will be distributed to his supporters today.

Kamto goes to the East

After successfully holding his rallies in Douala on Saturday and following that up in Edea on Sunday, the candidate of the Cameroon Renaissance Movement Maurice Kamto will be in the East Region today where a series of activities have been programmed. He will hold a rally today in Ayos which be followed by another in Abong Mbang. He will round off his day in Bertoua, before moving to the North.

The flag bearer of the main opposition party SDF, Joshua Osih continued his campaign in the West Region with a grand rally in Foumbot and Foumban, before heading to the Adamawa Region where he will hold rallies in Banyo, Tibati and Ngaoundere.

3 shot dead in Buea this morning!