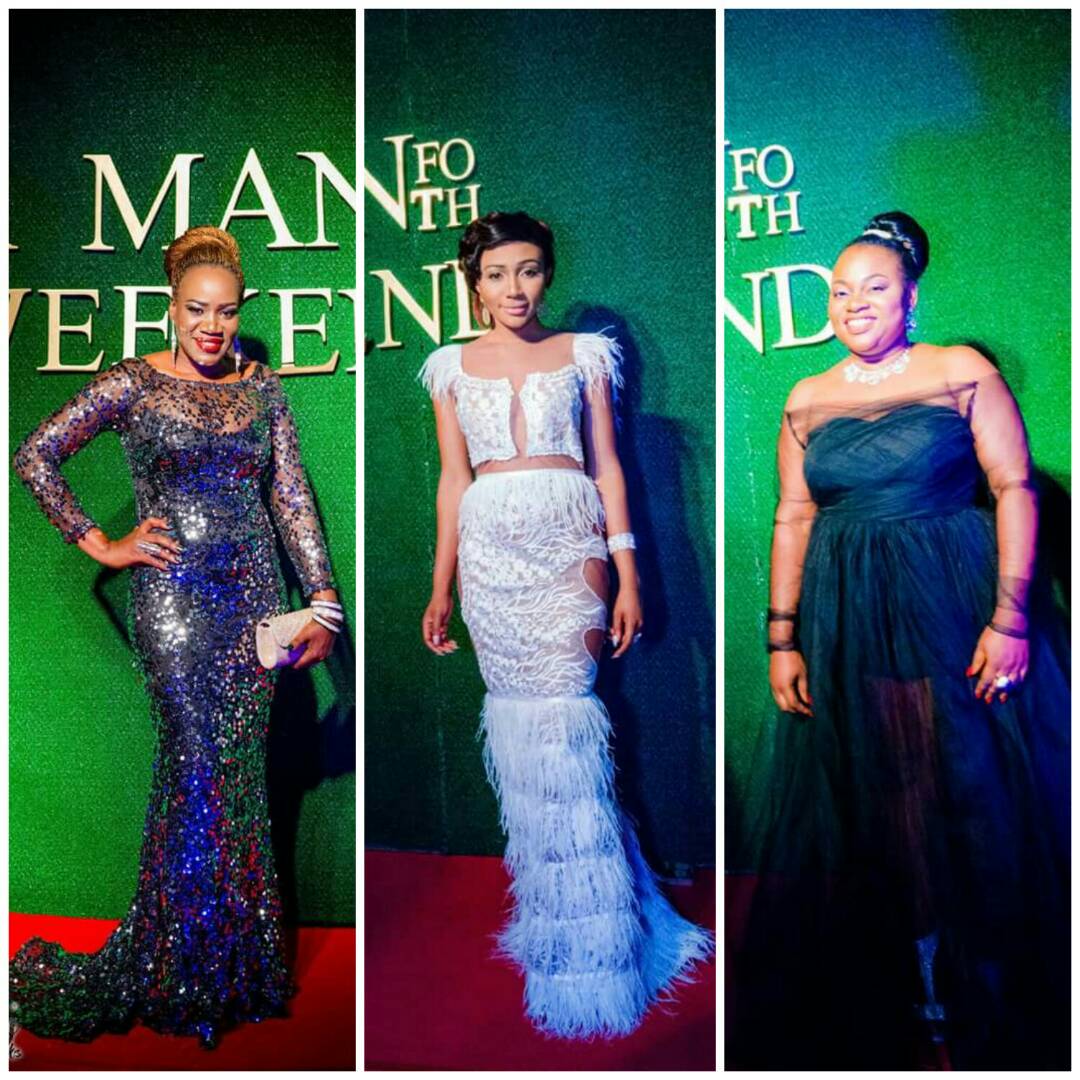 Saturday October 28th was a night of fashion and glamour at Canal Olympia Bessengue, Douala  as many turned out in their numbers for the movie premiere for “ A MAN FOR THE WEEKEND”  produced  by Blue Rain Entertainment featuring top Nollywood Actor Alex Ekubo as well as celebrated Cameroonian actors Syndy Emade, Solange Ojong and Nchifor Valery.

The movie premiere was a great success as it was graced with the presence of high patronage such as the minister of arts & culture; Jean Narcisse MouelleKombi, artist Magasco and many others.  We bring you photos from the movie premiere that predicts the glamour  and style presented by all those who contributed in making the day a great success.

Minister of Arts  & Culture second from the left.

Clarisse Ndinge; CEO of Beta Media.  Makeup by Maffy for Zeeba, Necklace, Skirt, earrings and bangles by Aju B Couture