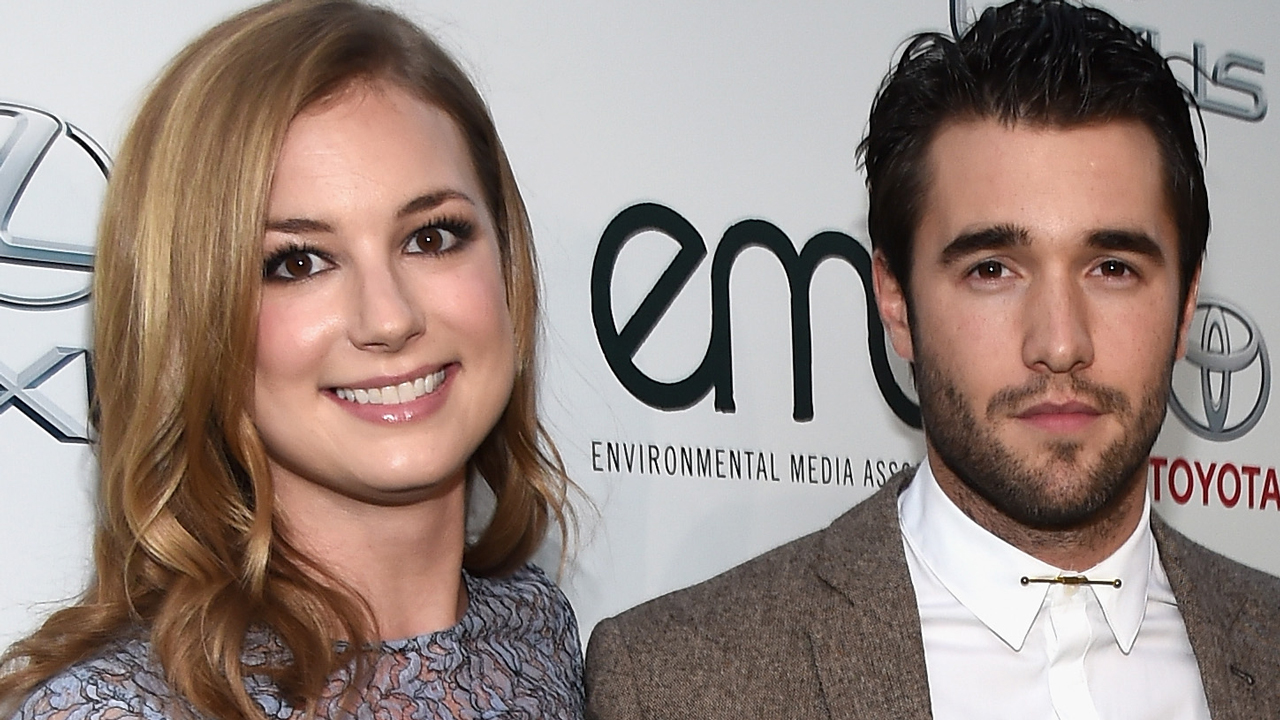 Co stars; Emily VanCamp(Emily Thorne) and Josh Bowman (Daniel Grayson) have decided to take their romance out of the TV series into real life.

Emily , 31, broke the news on Instagram on Thursday when she posted a photo of herself, in a woodsy area, with both hands on her face where a pretty diamond ring was easily spotted. The caption on the photo was a heart.

These two met on set in 2011 while filming the series “Revenge” and have kept their romance secret which they have finally made it official.

It is so obvious this wedding this time around is not for revenge but for true love and Emily is looking forward to building her own family.