“My salary is 900,000 FCFA but you know that a minister cannot live only by that amount. So, aside… “-Jean De Dieu Momo reveals details about his Ministerial Position

Home » “My salary is 900,000 FCFA but you know that a minister cannot live only by that amount. So, aside… “-Jean De Dieu Momo reveals details about his Ministerial Position 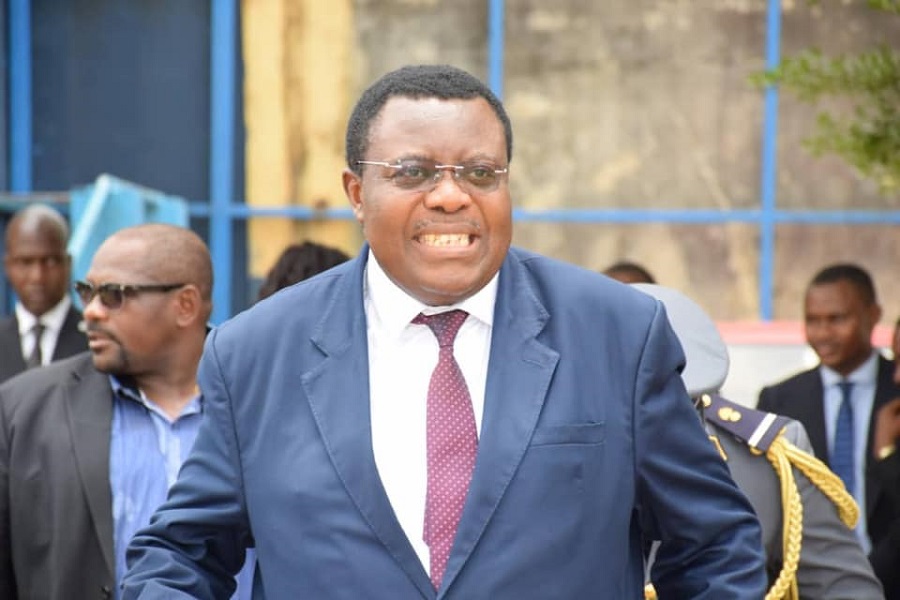 Vision 4 TV Journalist; Ernest Obama, received the Minister Delegate to the Minister of Justice (MINDEL-Justice), Jean De Dieu Momo, as guest on the weekly program, “Décryptage” which was broadcasted on Friday, January 3rd, 2020 on Vision 4 TV.
The lawyer and president of PADDEC, took that opportunity to review the circumstances of his appointment into the government, a year ago today.
“I was in the DRC to oversee the presidential elections when I received a call from the director of the Office of President Paul Biya, who asked me to send my CV, which I did. Then, I returned to Cameroon on January 2nd 2019. As soon as I arrived, I was asked to come to Yaoundé to meet the Minister Secretary General of the Presidency, Mr. Ngoh Ngoh. He received me, telling me that the President wanted to thank me, but that he did not yet know the nature of the thanks.” revealed the former Presidential Candidate.
At that time, confesses, Maitre Momo, the post of minister did not cross his mind.
“I first said to myself that it was presidential pardon, since I recognized that I had sinned against the President of the Republic who defends the interests of the country. But somewhere too, I knew that since it was the Secretary General of the Presidency who received me, it could be a ministerial position, ” he said.
Two days after his meeting with Ferdinand Ngoh Ngoh, Jean De Dieu Momo was appointed minister.
“I was already at Afrique Média to prepare a program. When I followed at 5 p.m. that a new Prime Minister had been appointed, I decided to leave. At the Tsinga crossroads, I was waiting for the taxi and I heard, from a bar, the names of the ministers were being read on the radio. I approached the bar and that’s how I heard my name. I immediately took a taxi to reach my hotel in Mendong. Out of excitement, I paid for two other people who were going in my direction ” , relates the politician.
“My salary is 900,000 FCFA but you know that a minister cannot live only on that amount. So, aside from that, there is a sovereignty fund of 10 million FCFA every three months, which is dedicated for the unexpected, ” revealed the government member.
As usual, through the course of the interview, Mr. Momo rained praises on Paul Biya, presenting him as a President who listens to his people, who loves his people and serves them deeply.