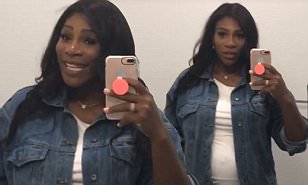 Many videos and articles had been circulating on social media implying that she was a transgender (born male and transformed into a female) due to her athletic and manly figure.

She started proving them wrong through her engagement with her fiancee Alexis Ohanian whom she has been secretly dating since 2015 and she is currently 20 weeks (5 months) pregnant.

Photos of her already large tummy fill the internet as she expresses her joy for the coming of her first child.

On Monday she posted a photo on snap chat wearing a clingy white top and a denim jacket . 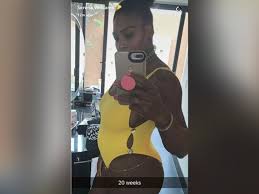 She also revealed to Vogue magazine that she and her fiancee have no idea about the baby’s gender and that they want it as a surprise so they just call their baby “Baby”.

The 35 year old to be mama, appeared at the Met Gala Award accompanied by her fiancee  wearing a stunning floor length, figure-hugging Versace gown which showed off her pregnancy curves perfectly. 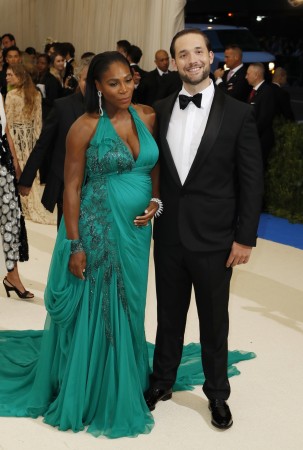 The excitement she portrays towards the coming of her baby can leave any woman wanting to enjoy the beauty of motherhood.

Will look forward to the cries of a baby and wedding bell.