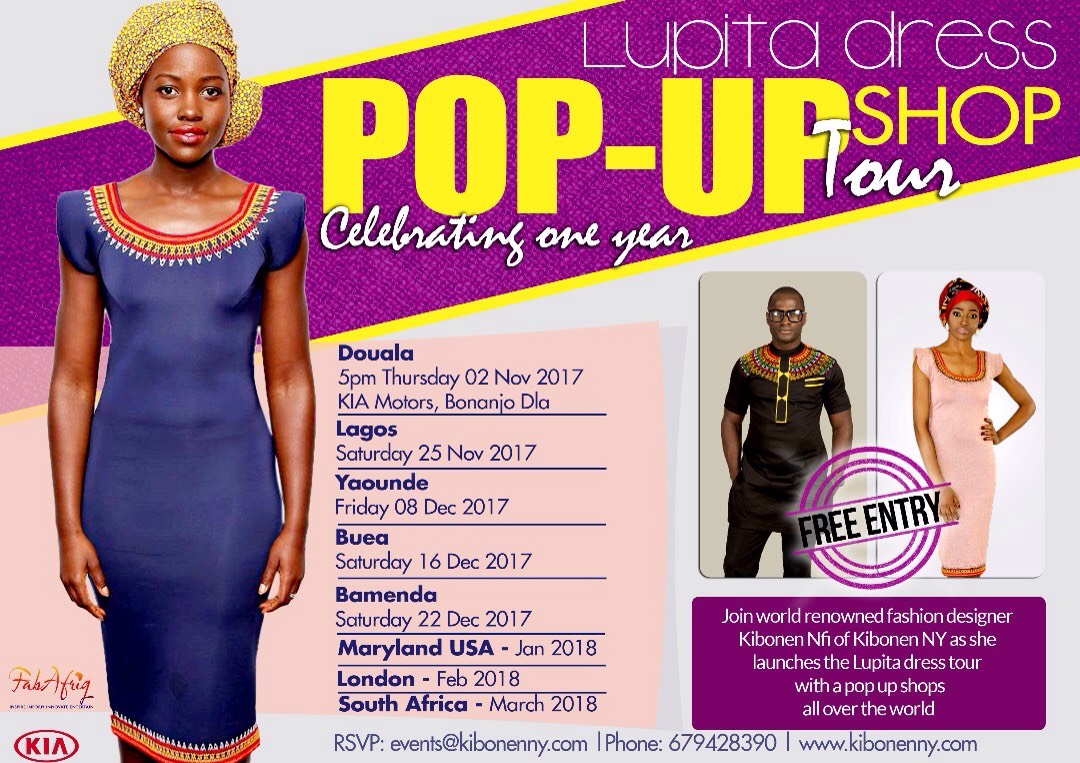 To commemorate one year since the
Kenyan born Oscar winner, Lupita Nyong’o wore Kibonen NY designs on two of the
most popular shows in the U.S, (The Ellen Degeneres Show and Good Morning
America) the internationally acclaimed designer Kibonen Nfi launches the
“Lupita Dress Pop-Up shop Tour” in major cities. The selected countries for the
tour are; Cameroon, Nigeria, UK, South Africa and the U.S.A. Staying true to
her roots, the tour kicks off in Douala, Cameroonat 5 p.m. GMT on November 2nd
at the KIA Motors showroom, Bonanjo.

Inspired by
traditional Cameroonian garments, West African fabric and New York’s vibrant
fashion scene, Kibonen delved into the fashion world with ingenious ideas of
producing modern interpretations of one of the most delicate and intricate hand
woven traditional garments of Cameroon western highlands region, the “toghu”.

The US based Cameroonian designer’s
outstanding designs have featured in Vogue Italia, the Humans of NewYork andhave
been endorsed by the mega Hollywood actress/fashion icon, Blake Lively. A
graduate from the Art Institute of New York, Kibonen has made a name for
herself through hard work, innovation and consistency in an industry that keeps
expanding by the day. The Kibonen NY Lupita dress pop-up shop tour is a chance
for the general public to getup-close with the creative designs that have been
shown onnumerous runways around the world and shop everything Kibonen NY from
clothes, to head gears, accessories and so much more.

The pop up shop launch in Douala will
be a fine blend of good music, cocktails, networking, model display and sales. 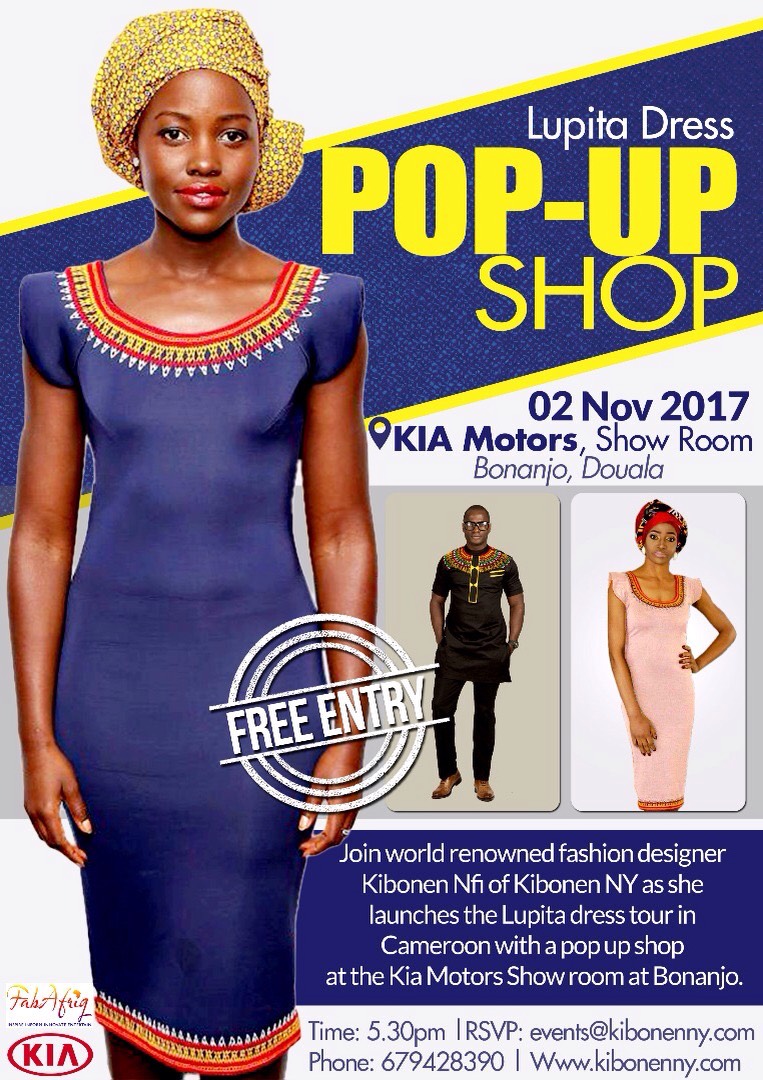 Want
to grab a piece of these bench mark designs and accessories? Save the date for
when the Lupita Dress Pop-Up Shop Tour by Kibonen NY hits your city or a city
near you!

N.B we will communicate confirmed locations in
all these cities in due time.