US Government Prevents Beyonce From Trademarking Her Daughter’s Name

Home » US Government Prevents Beyonce From Trademarking Her Daughter’s Name 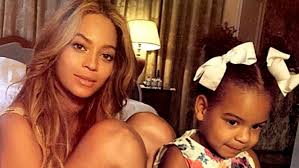 The argument laid against her actions was that she has no right to trademark her brand with her daughter’s name which is already used by another company.

According to a reliable source, Jay-Z and his wife intend to create a line of business by branding it with their daughter’s name. Unfortunately, there is an event company already running a business under that same brand name and this company had long existed before the birth of Beyonce’s Daughter.

The singer had applied for the title earlier in 2017 with hopes of creating a brand featuring products like videogames and beauty supplies, but the application was returned with a legal filing by ‘Blue Ivy’ the events company.

This is not the first time Beyonce is trying to gain a trademark and failing. Back in 2012, she was denied permission to trademark her daughter’s name as the court favoured the original bearers of the name in the case.

She decided to add another name “Carter” to make it “Blue Ivy Carter” yet the same event company Blue Ivy co filed another case to block it this time around with the excuse that the superstar is trying to use her popularity and influence on the public to make them go out of business as it is with no doubts that if they let her get the trademark, the brand awareness and Identity of Blue Ivy will switch from an event planning company to a Business family brand.

The struggle still continues. We stay tuned to know if the star will be finally granted the trademark or not.