What is the nature of Ilaria Allegrozzi’s involvement towards the socio-political climate in Cameroon? Activism or personal vendetta?

Home » What is the nature of Ilaria Allegrozzi’s involvement towards the socio-political climate in Cameroon? Activism or personal vendetta? 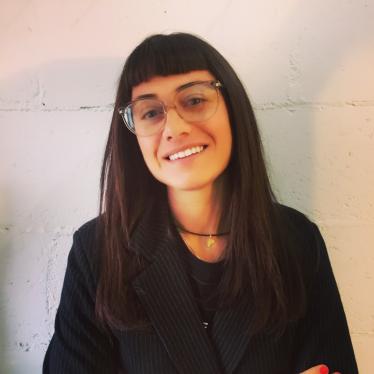 Human Rights Watch (HRW) activist; Ilaria Allegrozzi, has been very vocal about her opinions on the Anglophone Crisis in Cameroon. On her social media platforms, she keeps accusing Cameroon’s government of committing massacres. Some ask, however, what is her motivation? A defense of human rights or a desire for revenge against the country’s authorities?
This is because there’s a certain visible lack of partiality in her reports. She actively accuses the government of massacres, but keeps mute about attacks and massacres perpetrated by separatist groups. That’s why some accuse her of taking sides with terrorist organizations.
Meanwhile, others suspect that her constant attacks on the integrity of the Cameroon government is as a sought of revenge on the Cameroonian authorities for allegedly “humiliating her.”
What happened?
In April 2019, she was prevented from entering into Cameroon, by the Cameroonian authorities.
When she arrived at the airport, she was told that her presence was unwanted in the Cameroonian territory, because a few days earlier, an HRW report accused Cameroon of massacre in the English-speaking regions. According to the Cameroonian authorities, the report was invalid because the organization does not have any observer on the spot and the testimonies are neither sourced nor verified, in an area where the separatists do not hesitate to threaten, kill and loot in order to put pressure on the population. Noting this bias concerning a conflict against a terrorist organization, the Cameroonian authorities decided not to allow the presence of Ilaria Allegrozzi.
This has caused many to believe that that humiliating decision is what has since led IIaria on a “personal revenge” against Cameroon.